The Veronicas Back will.i.am Amid Racism Accusations Against Qantas Flight Attendant

After The Black Eyed Peas star called out the airline's crew for targeting 'people of color,' Jess and Lisa Origliasso suggest in a statement that the staffer was the same one who kicked them off a flight.

AceShowbiz - The Veronicas have claimed the Qantas flight attendant will.i.am has accused of racism is the same member of staff who escorted them from a flight in September (2019).

The Black Eyed Peas star hit out at the behaviour of an "aggressive" airline staff member on Twitter on Saturday, November 16, insisting she had targeted "people of colour" and called the police after he failed to respond to announcements due to wearing noise-cancelling headphones. 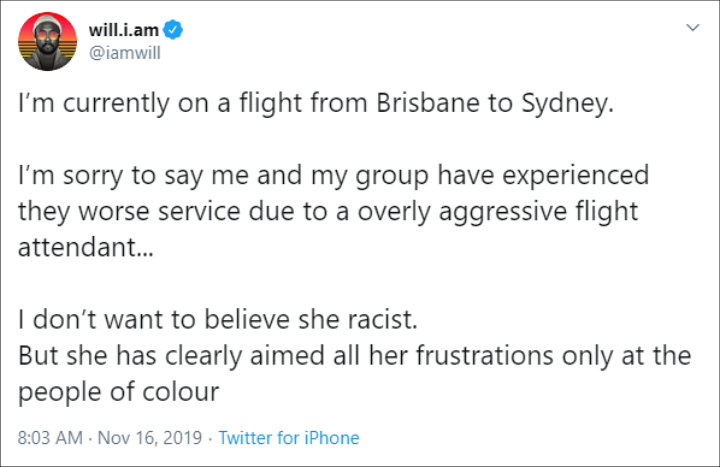 Now, sibling duo The Veronicas have suggested the staffer is the same crew member involved in an altercation with them earlier this year, when Jessica Origliasso and Lisa Origliasso were escorted off a flight from Sydney to Brisbane following a spat with the cabin crew about baggage they were trying to store in an overhead locker.

In a statement on Sunday, they said, "We feel sickened she was given no reprisal and has instead continued to abuse her position, discriminate and misuse the full force and intimidation of the Australian Federal Police to her agenda. In this case to menace will.i.am and other (people of colour) on this flight."

The "Untouched" hitmakers noted that both their own incident and will.i.am's were not investigated further by Australian Federal Police officials because the cases were not viewed as falling within their jurisdiction.

"Qantas should have run a genuine investigation into the matter, instead of shifting blame and denying accountability," they said. "This should never have been allowed to happen." 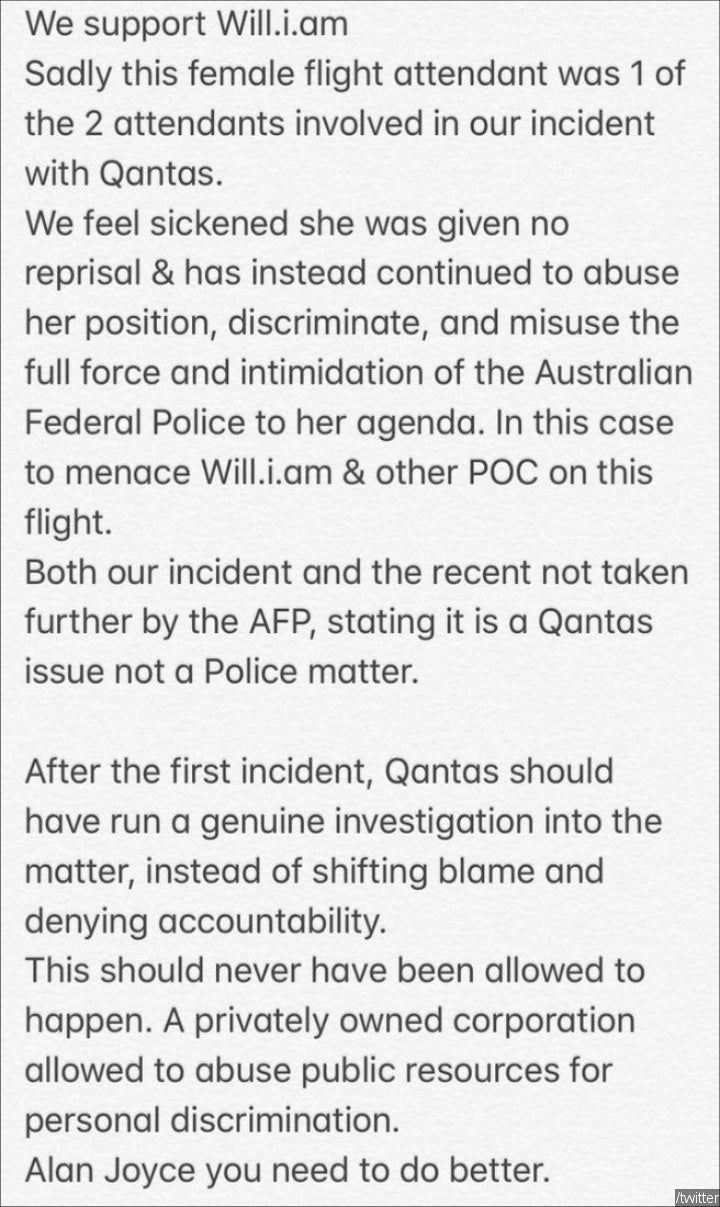 The Veronicas say the same flight attendant kicked them off a flight.

Although The Veronicas are pursuing legal action against the airline, the "I Gotta Feeling" star insists the woman should not be fired, and said he'd rather see her be retrained and take the incident as "a lesson."

"She shouldn't lose her job over it - if anything she should be retrained on how to deal with people. This is an opportunity to be pleasant to everyone, to just be nice," he told Australia's The Sunday Telegraph newspaper.

The Veronicas Make Use Qantas Incident as a Stand Against Bullies