The Veronicas Make Use Qantas Incident as a Stand Against Bullies

Days after they were escorted off a flight over a baggage dispute, Jessica and Lisa Origliasso accuse airline officials of 'withholding communication' and 'allowing a false narrative to continue.'

AceShowbiz - Pop duo The Veronicas have branded Qantas staff "bullies" after they were escorted off a flight at the weekend over a baggage dispute.

Sisters Jessica Origliasso and Lisa Origliasso claim they were "unfairly targeted" and now they are pursuing legal action against the airline after releasing a phone recording, photos and alleged witness statements to support their version of events.

"We acknowledge when we make mistakes, but refuse to accept shame when we have been unfairly targeted," a statement from the sisters reads. 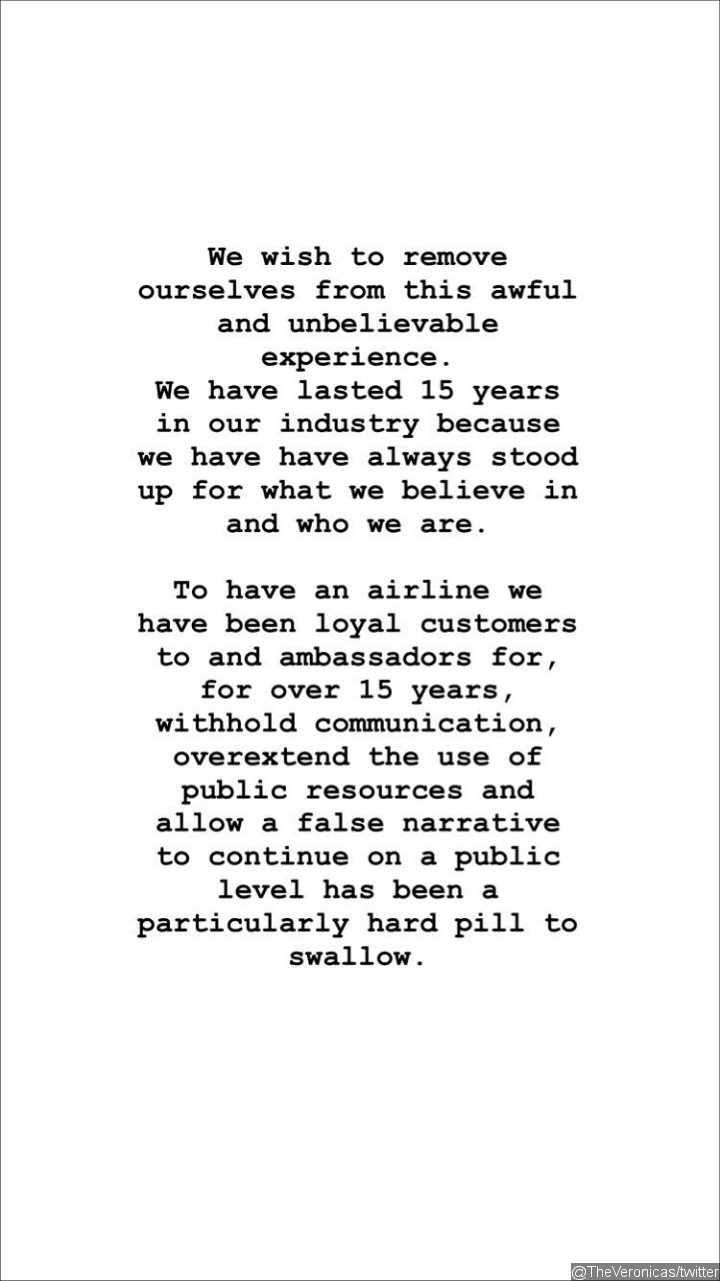 The Veronicas tell their awful experience. 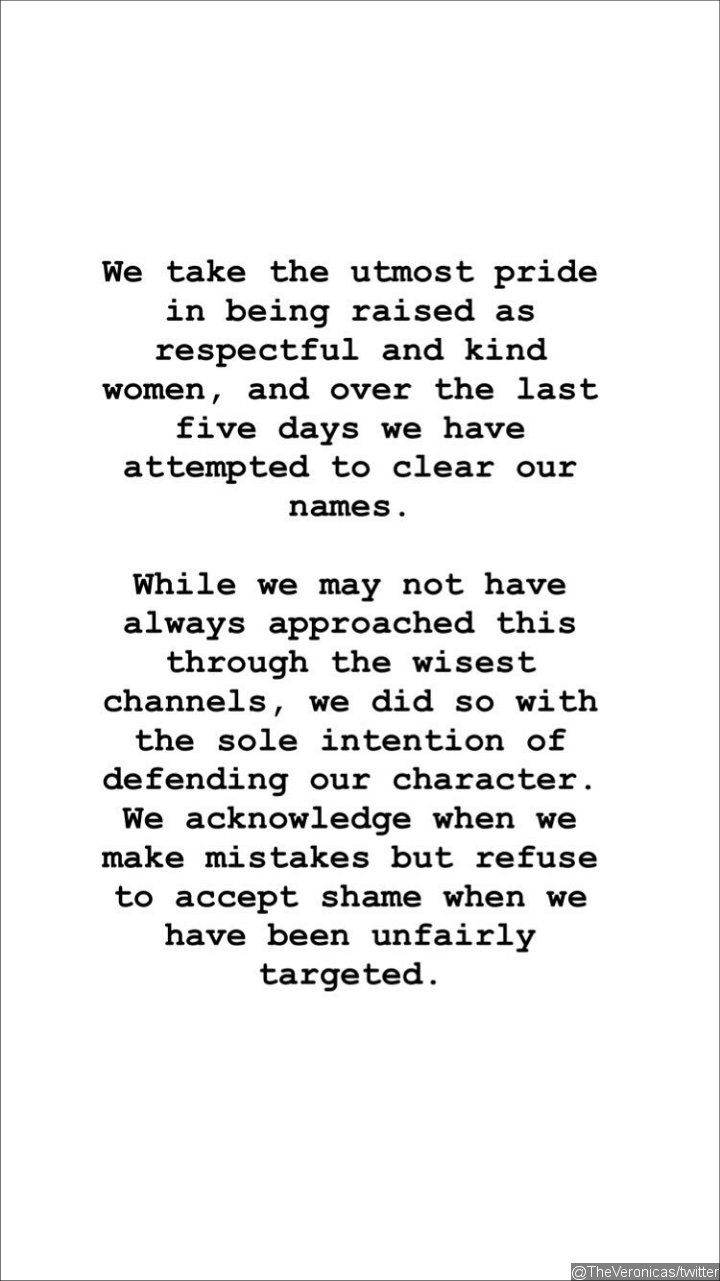 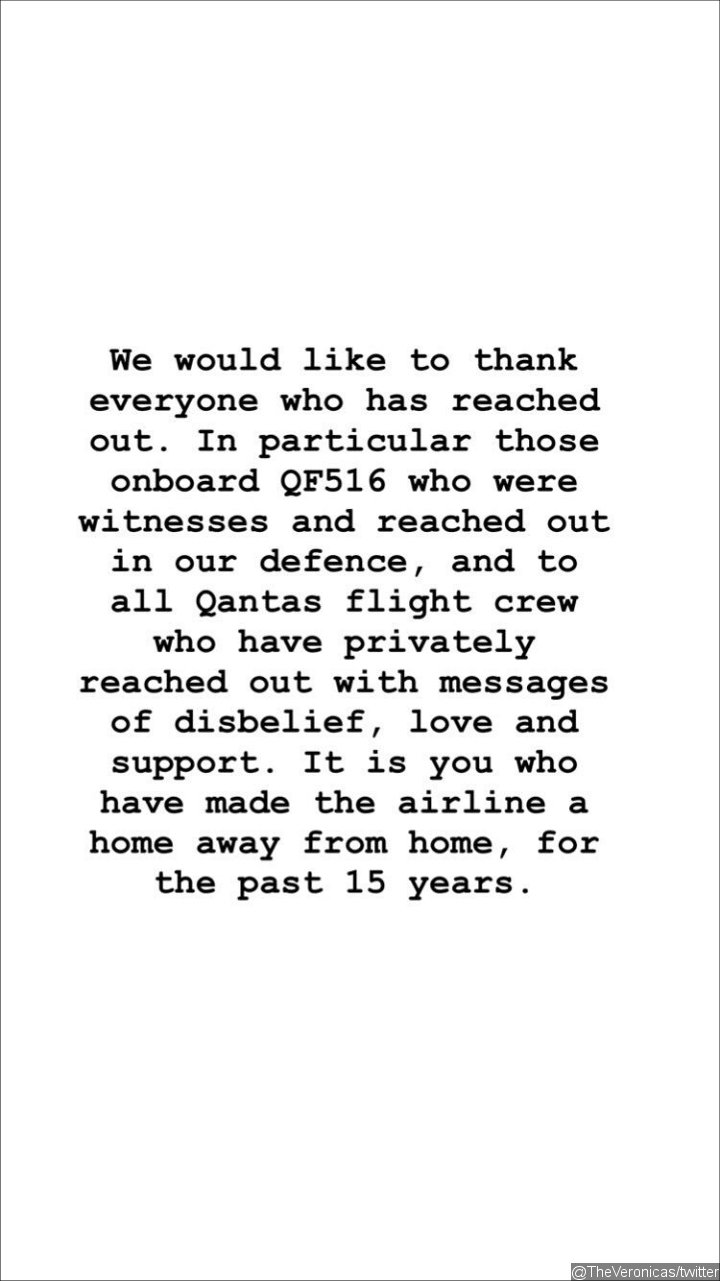 Jessica and Lisa Origliasso thank people who reach out to them.
See also...

Take off was delayed until the stars were escorted off the plane by Australian Federal Police officers on Sunday, September 22, following an alleged incident involving baggage they were trying to stow in an overhead locker.

Lisa and Jessica claim they were asked to move their luggage, but were unable to reach the overhead lockers.

In their statement on Friday, they accused airline officials of "withholding communication" and "allowing a false narrative to continue".

A fellow passenger, who can be heard on a phone call recording, insisted Qantas staff "overreacted", and claimed another passenger embellished the series of events for a newspaper article. 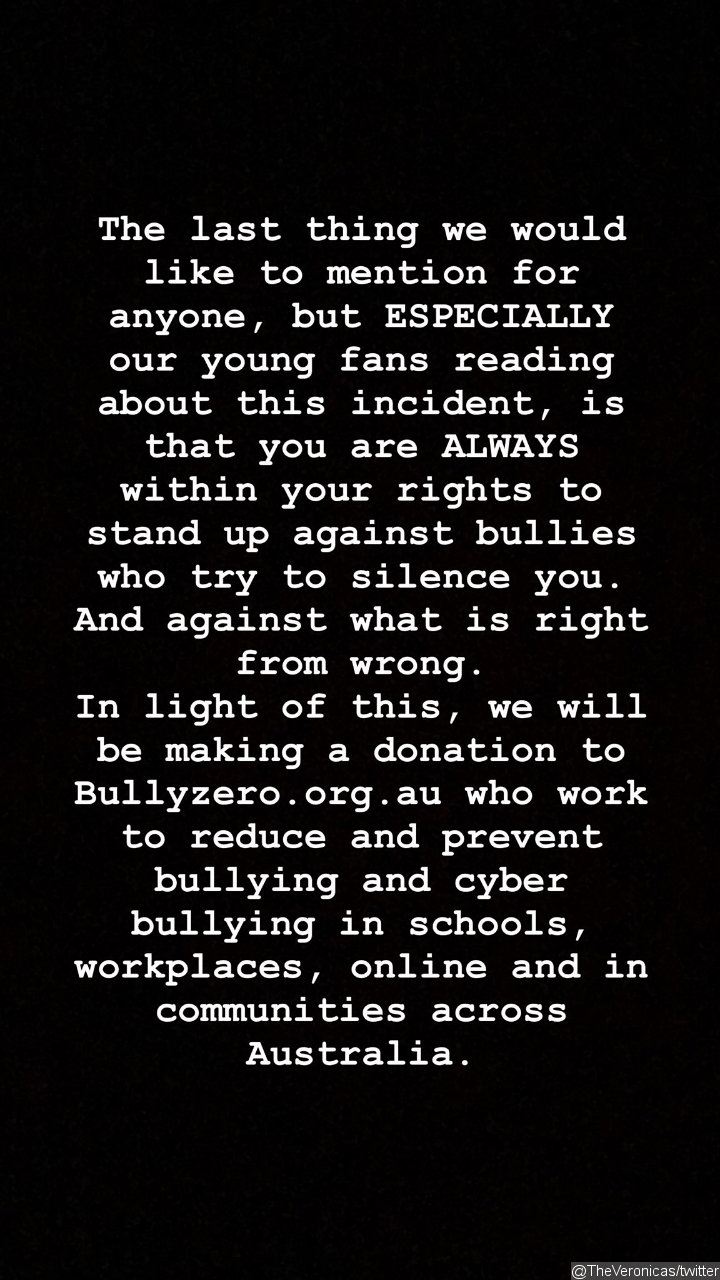 Jessica and Lisa Origliasso encourage fans to stand up against bullies.

The defiant sisters closed their statement by writing: "You are always within your rights to stand up against bullies who try to silence you. And against what is right from wrong. In light of this, we will be making a donation to bullyzero.org.au."

Brooke Shields Recalls Being Teased by Daughters Over Getting Plastic Surgeries

The Veronicas Back will.i.am Amid Racism Accusations Against Qantas Flight Attendant