The 'Love and Hip Hop: New York' star was previously accused of 'clout chasing' by the B2K member after he criticized his romance with Omarion's baby mama Apryl Jones.

AceShowbiz - Shadee Monique, who is rumored to be dating Joe Budden, makes it known that he always gets her back. The rapper-turned-podcast host recently got criticized by Lil Fizz for criticizing his romance with Apryl Jones, and while Joe has yet to hit back at the B2K member, Shadee has done it in his stead.

Even though the boutique owner didn't name names in her post, it was clear that she was referring to Fizz. Taking to Instagram Stories, Shadee wrote, "Y'all n***a need to actually have clout to chase before you could ever think someone is clout chasing off of you..." She added three shrugging emojis as well as a hashtag that read, "The AUDACITY." 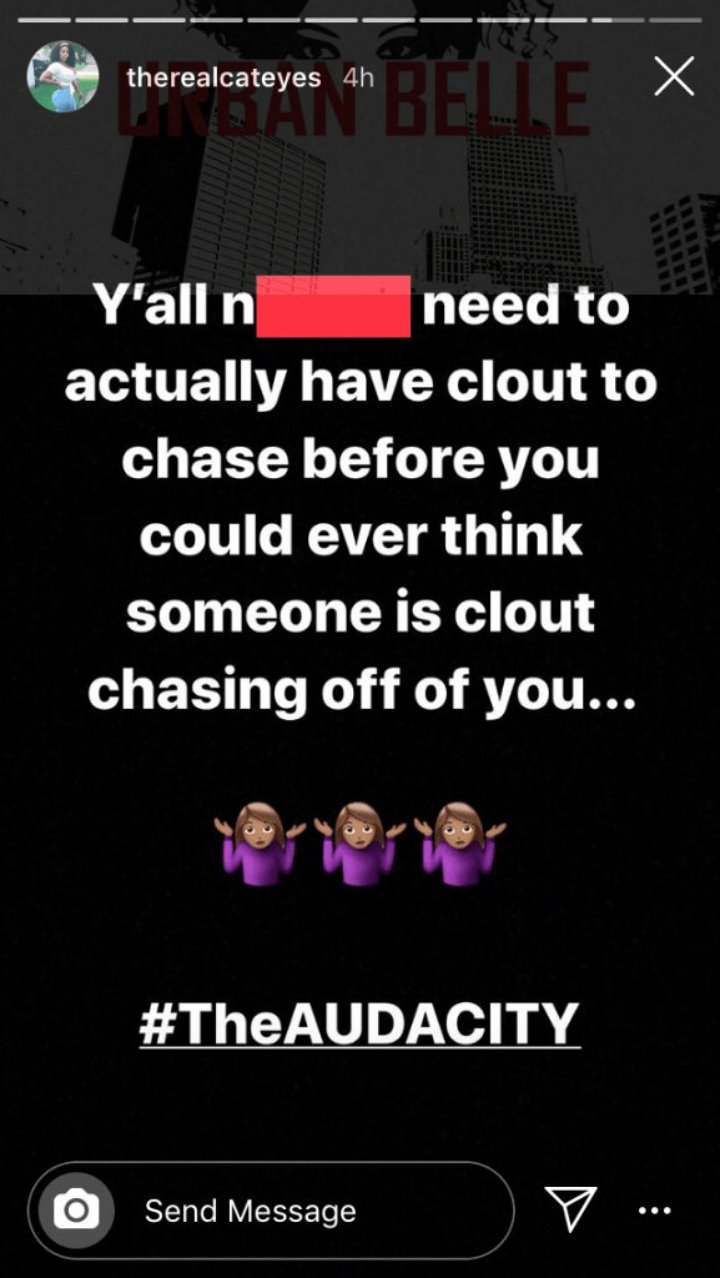 Her post was most likely a response to Fizz, who accused Joe of "clout chasing" after he let people know that he is always taking Omarion's side as the latter's groupmate confirmed that he is dating his ex-girlfriend and baby mama Apryl. "Omarion don't get enough credit for just chillin cuz man listen....," so the "Love & Hip Hop: New York" star said in the since-deleted tweet.

Fizz and Apryl's controversy aside, Joe and Shadee have been rumored to be dating for a few months now. The two sparked the rumors back in August, when Shadee and Joe looked coupled up during his pool party in Houston, Texas that month. The speculation grew stronger last month, when people suspected that the rumored lovebirds were vacationing in Turks and Caicos Islands after posting pics taken from the vacation spot almost at the same time.

While Shadee treated her followers to photos of herself in a bikini while soaking up the sun, Joe shared an image of him hanging out on the beach. He wrote in the caption, "39. On an island. No shape up. Mogul in the making. Visionary. Teacher. Father of 2. On a beach. 3 buttons undone. Whole. Trustworthy. Reliable. Black balled to Black suited. Employable. Employing ppl. High spirited. Serene. At peace."