The 'Avengers: Endgame' actor hilariously responds after 'The Office' alum jokingly blames Chris for losing out an iconic role in the Marvel Cinematic Universe.

AceShowbiz - Chris Evans had a hilarious response after John Krasinski brought up an old wound for a good cause on his birthday. The "A Quiet Place" star, who turned 40 on Sunday, October 20, recently reached out the "Avengers: Endgame" actor and asked him to donate for a charity of John's choice to celebrate his birthday.

Instead of making it simple, the husband of Emily Blunt reminded Chris of how he robbed John for an iconic role in the Marvel Cinematic Universe as Captain America and asked the 38-year-old hunk to make amends for it. He tweeted on Sunday afternoon, "Alright getting into the afternoon here and this donation train keeps a rollin! Hey @ChrisEvans remember when you robbed me of the role of Captain America?... time to pay up? #JKbday." 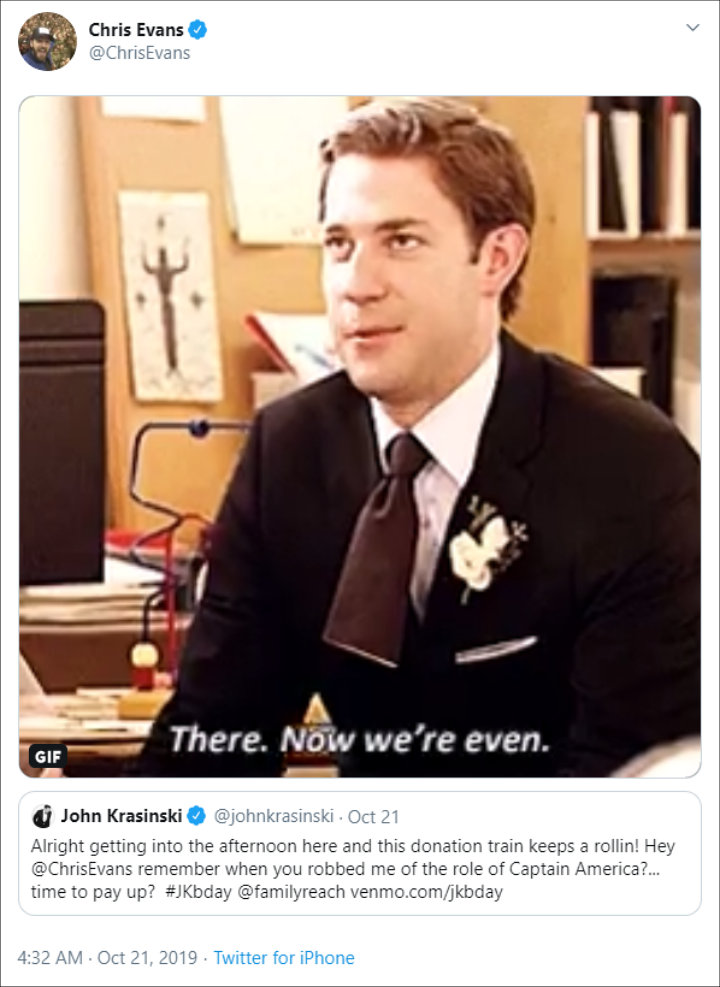 Chris, of course, happily took a part in supporting John's fundraiser, but it was his reply to "The Office" alum's tweet that got people talking. The "Gifted" star shared a gif of "The Office" scene in which John's Jim Halpert cuts his tie to make Pam feel better about her veil ripping. "There. Now we're even," Jim says in the gif.

Fans reacted to Chris' response with comments like "This is all we wanted and more," "This interaction made my whole year!" and "I LOVE YALL LMAOOOO."

John previously revealed how he found out that he lost the role of Captain America to Chris. "My agent called and said, 'They're going to go with Chris Evans,' " the "Jack Ryan" star said during an interview with Variety. "And I remember I said, 'Yeah, look at him. He's Captain America.' "

On his 40th birthday, John has been reaching out to fellow actors and celebrities raise funds for the non-profit organization Family Reach, which raises financial funds for families of cancer patients. In making the plea, he sent out funny tweets to the likes of Hugh Jackman, Chris Pratt, Ellen DeGeneres, Jimmy Kimmel and Dwayne "The Rock" Johnson.

Benzino Reflects on Eminem Beef: He's 'Not in the Culture' 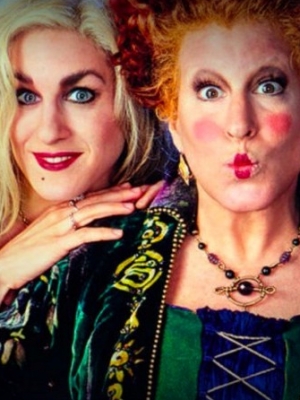