In a post she puts out on her Instagram Story timeline, the 'Emily in Paris' star shares a photo of Charlie McDowell with a caption, 'When he's only just left but it feels like forever.'

The director visited Lily while she was shooting "Emily in Paris" and on Tuesday, August 20 she posted a snap of Charlie on her Instagram account, adding the caption, "When he's only just left but it feels like forever... Miss you already." 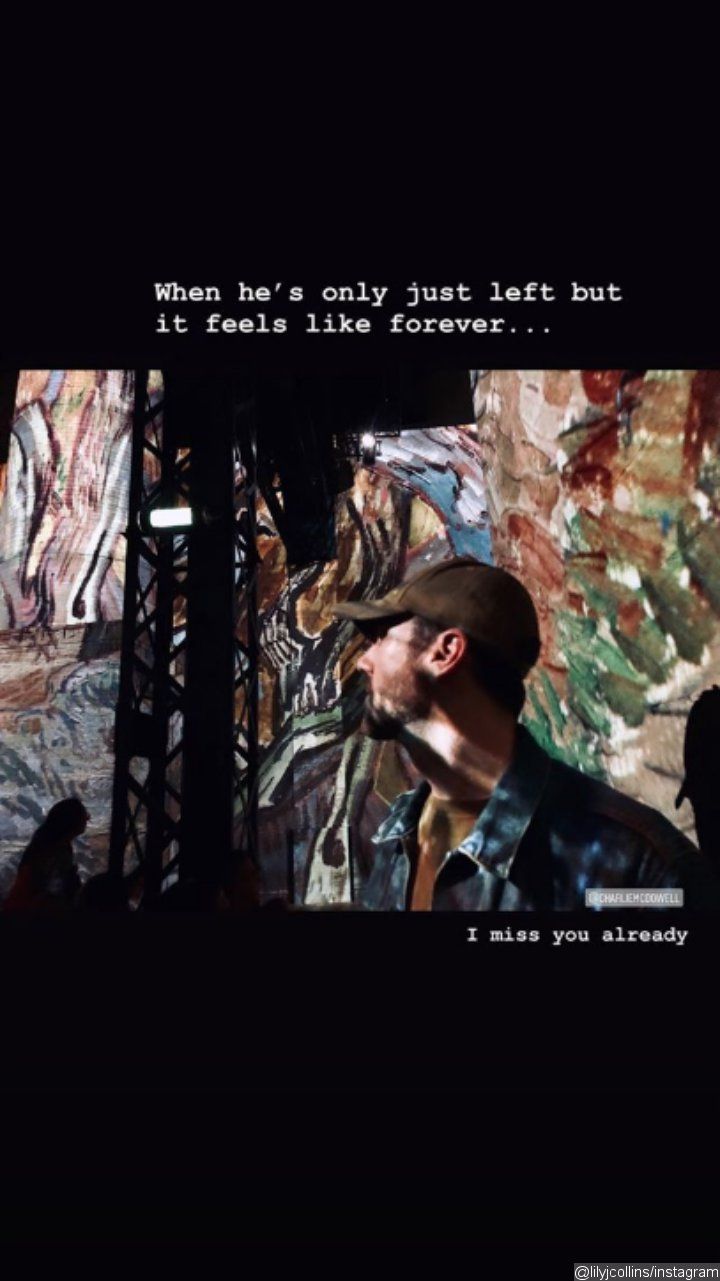 She also posted a photo of herself clinging to McDowell's back, adding the line, "Always got your back."

Charlie, 36, also uploaded a picture of his girlfriend on a date night in Paris.

McDowell, who has also dated Hilary Duff and Rooney Mara, split from Emilia in February, while Lily's exes include actor Jamie Campbell Bower.