Is Tiny Hinting That T.I. Is Cheating on Her Again With This Cryptic Post?

Seemingly not wanting to let the speculation get out of control, Tip takes to his Instagram account to share a series of adorable photos of his wife to shut down the rumors.

AceShowbiz - Tiny (Tameka Cottle) and T.I. are one of the hottest hip-hop couples. The pair managed to save their marriage after Tiny filed for divorce from the rapper back in 2016 due to infidelity. However, Tiny's recent Instagram post raised many people's eyebrows as it seemed like she caught his husband creeping on other women once again.

"Dont lose yo b***h tryna keep up with a h** that cant keep up with yo b***h," she wrote in her Instagram Stories post. "Tuff act to follow," the Xscape singer added. 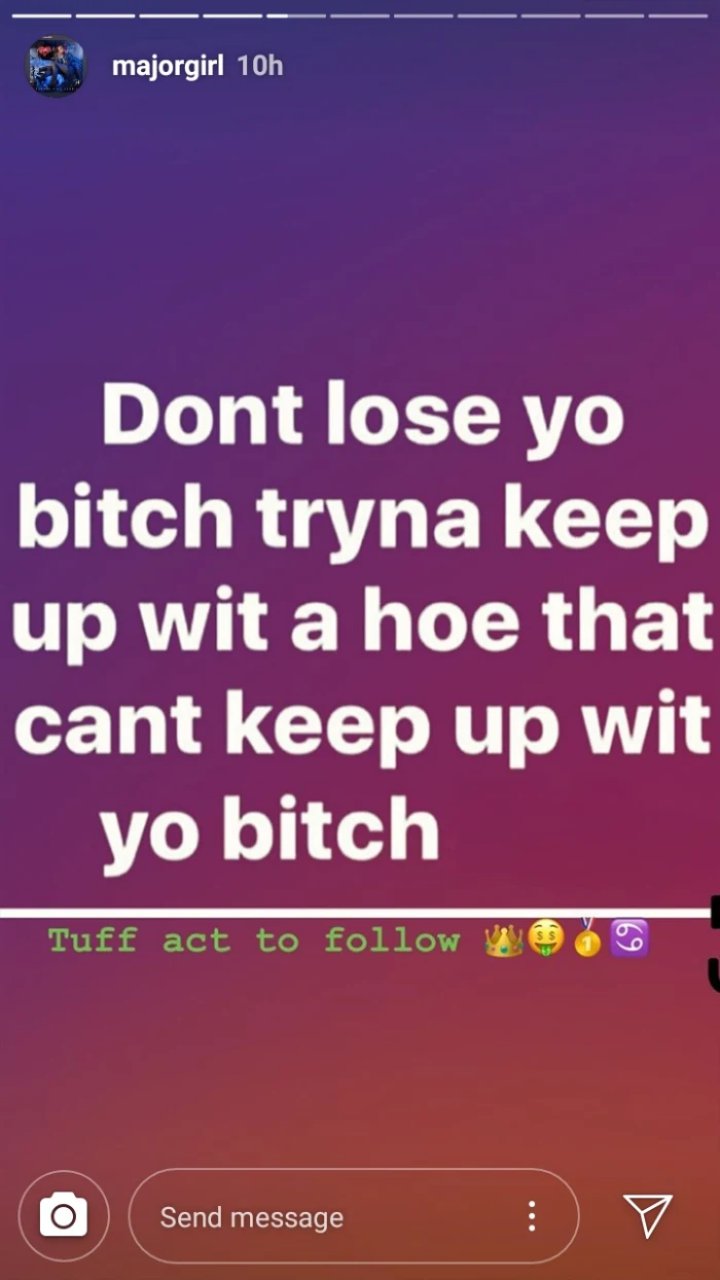 Tiny seemingly hinted at T.I.'s infidelity in her post.

Many are wondering if there is trouble in paradise between Tiny and Tip. However, seemingly not wanting to let the speculation get out of control, Tip took to his Instagram account to share a series of adorable photos of his wife.

"Mine," T.I. wrote alongside a photo of Tiny, who is currently on solo tour, posing with a huge photo of himself. "This is the LOOK Foxy Lady!!! Making my pictures look better. Keep KICKING a** & giving hell Mrs. Harris.."

T.I., whose real name is Clifford Harris, concluded his post with a sweet love declaration. "I F***in Love you!!!" so he said.

Despite them looking all happy, they can't seem to avoid some drama in their marriage. Back in October, the couple discussed their issues in an episode of their television show "The Family Hustle". "I know that you’re upset, but not with me. You're upset with the people who keep calling you and bothering you," the rapper told Tiny.

Tiny corrected him, saying, "No, I'm upset with you. They wouldn't be calling me if it wasn't for you."

"The video ain't really the issue," the "Whatever You Like" rapper further explained in a confessional. "The video being posted up on social media is the issue. If someone had sent her that video privately, she and I would've had one conversation about it, and it would've been over."

Fans Ship Lupita Nyong'o and Michael B. Jordan After Her Public Flirting