Along with a photo of pregnant Alaina Meyer kissing him at their gender-reveal party, the leading man of 'The Big Bang Theory' simply writes, 'A day I'll never forget.'

AceShowbiz - Johnny Galecki and girlfriend Alaina Meyer's first child will be a son.

The couple revealed the baby's sex on Instagram on Sunday, May 26, evening, by posting photos and videos from their gender-reveal party.

"The Big Bang Theory" star and his pregnant girlfriend hosted friends and family at the event, which was decorated with white, gold and yellow ballons, and had tables overflowing with food, including pink- and blue-frosted cupcakes, as the parents-to-be, who were smeared in blue paint, announced they were having a boy.

"A day I'll never forget," 44-year-old Galecki captioned an image of himself and Meyer kissing following the big reveal. "To all those who voted boy you were right!" the 22-year-old wrote on another snap on her Instagram story. 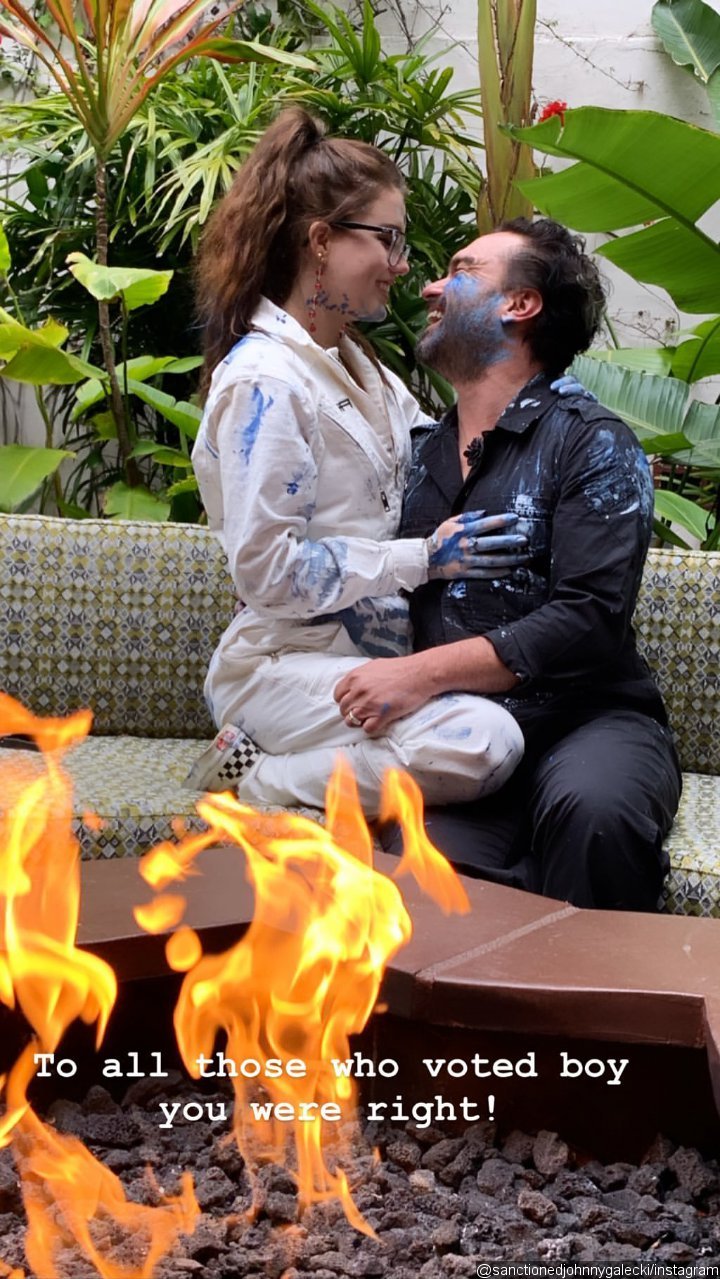 Johnny Galecki cuddled up with girlfriend at gender-reveal party.

The couple confirmed the pregnancy to People in May.

"We are absolutely over the moon to announce that we will soon be welcoming a little one into this crazy and wonderful world," the parents-to-be told People.com.

Galecki and Meyer have been linked since last year, with the actor making the romance Instagram official in September, days after his girlfriend showed off a photo of his initials tattooed onto her left forearm.

He previously dated his TV co-star Kaley Cuoco for two years before breaking things off in 2010. They've remained close friends, and Cuoco has since moved on - she first married tennis player Ryan Sweeting in 2013, and wed second husband Karl Cook last summer.