The Genie depicter in the Guy Ritchie-directed remake has also made public a video from a recent promotional trip to Jordan where the cast stopped by a special viewing for sick kids.

AceShowbiz - Will Smith gave fans a thrill over the weekend, May 25-26, after making a surprise appearance at a California screening of his live-action "Aladdin" remake.

The Hollywood superstar decided to check out his new film at a local theatre in Calabasas to experience the crowds' reactions in real time, and managed to sneak into the auditorium with his actress wife, Jada Pinkett Smith, and their children Jaden Smith and Willow Smith, once the lights went down to settle into their seats.

He was only recognised as the end credits began to roll, when Will stood up and turned around to identify himself, leaving cinema-goers stunned as others rushed to hug him and take photos with the 50-year-old, who portrays the Genie in Guy Ritchie's hit Disney film.

It wasn't the first time Will had dropped in on an "Aladdin" screening to surprise fans.

On Sunday, he shared video footage from the cast's recent promotional trip to Jordan, where he and co-stars Mena Massoud and Naomi Scott stopped by a special viewing of "Aladdin" for sick kids.

"In Jordan, we brought the patients of the King Hussein Cancer Center to a movie theater for a night out to see #Aladdin," Will captioned the Instagram post.

"Playing the Genie really showed me how I want to live to my life - waking up every day pushing to fulfill wishes and improve the lives of those around me.⁣"

⁣ Will wasn't the only one touched by the encounter with young viewers - acting newcomer Mena, who plays the titular character, commented on the clip, "Such an incredible moment on this tour." 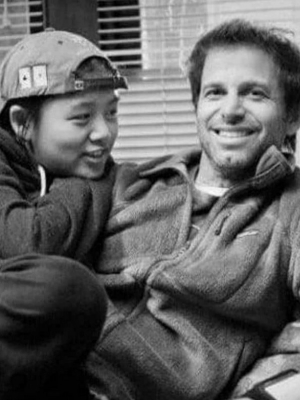