One day after celebrating their fifth wedding anniversary in Italy, the 'Keeping Up With the Kardashians' star reveals that her rapper husband has surprised her with the special date night.

A day after the couple celebrated the fifth anniversary of their wedding in Italy, the rapper whisked his wife off to Sin City to see Celine perform.

The "Keeping Up With the Kardashians" star shared several clips from the concert on Instagram, including footage of herself singing along to the headliner's "It's All Coming Back to Me Now".

"He surprised me with a date in Vegas with @celinedion," she wrote. 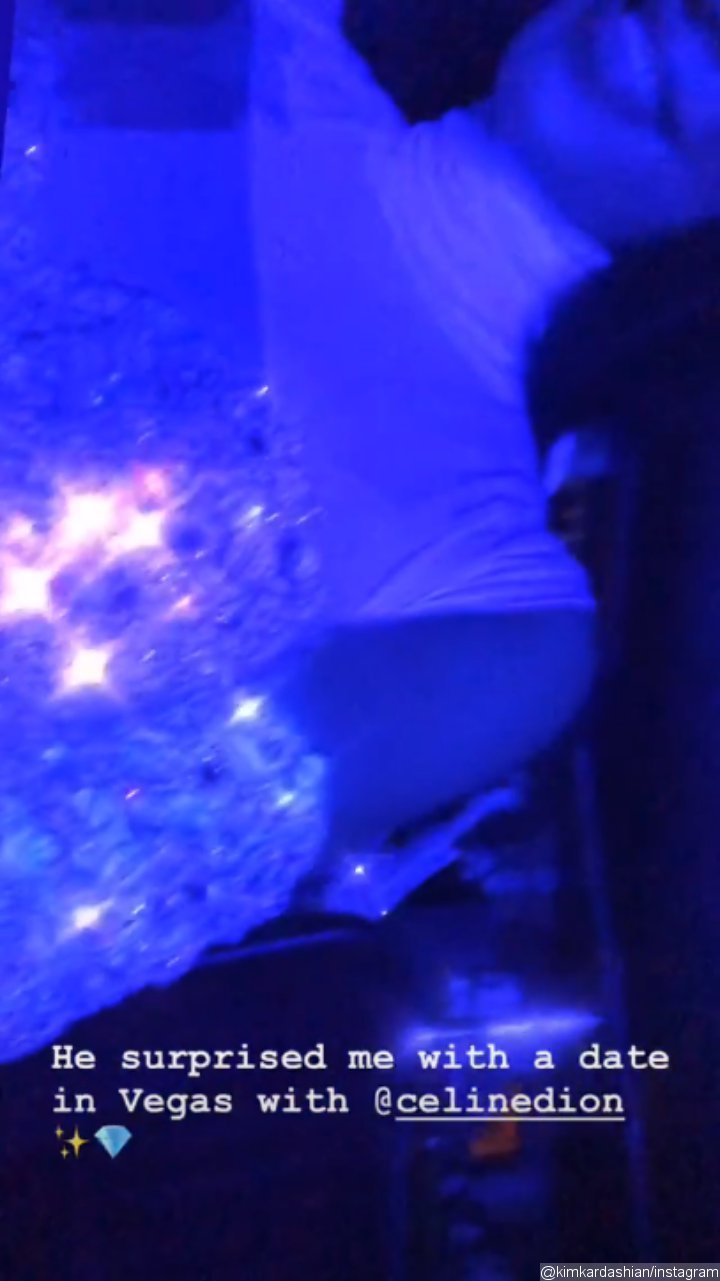 Kim also posted snaps of the couple meeting Dion after the show, tweeting: "Date night in Vegas w/ @celinedion My heart will go on." 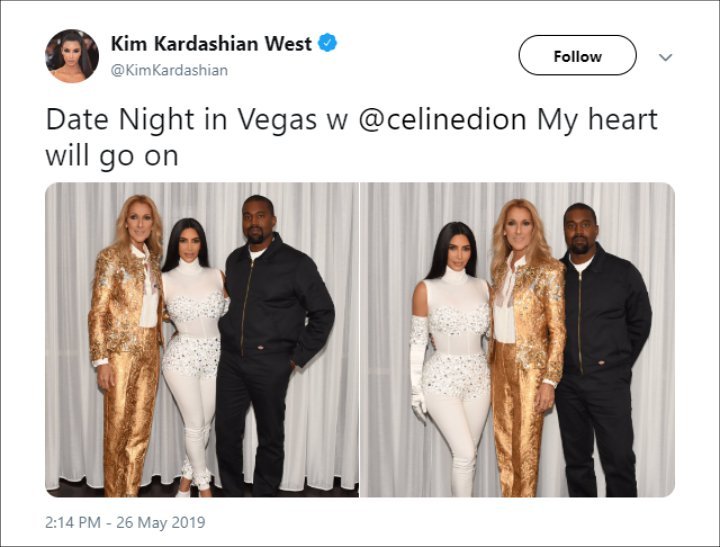 Kanye wasn't the only star marking an anniversary with a very special meet-and-greet date night on Saturday - Nick Jonas treated his wife Priyanka Chopra to a get-together with her pop idol Mariah Carey in London.

Jonas was unable to join the actress for the anniversary of their first date, so instead he offered up tickets to Mariah's gig in the city and arranged for Priyanka to meet the hitmaker backstage.

Chopra was thrilled and called Nick "the best husband ever..." as part of a caption underneath a shot of herself with Mariah she posted on Instagram.

"So lovely meeting you and thank you for the incredible show...," she added. "you will always be my baby Nick Jonas. Happy one year love!".

Adam Levine May Return to 'The Voice' Following Shocking Exit