The Hermione Granger depicter has recently been caught on camera having a good time with Cole Cook while strolling the streets in New York, after enjoying dinner at the Spotted Pig restaurant.

AceShowbiz - It looks like Emma Watson has found a new man in her life. The Hermione Granger of "Harry Potter" film franchise was recently spotted enjoying a dinner date with mystery man at the Spotted Pig Restaurant in New York.

Both Emma and the man appeared to be enjoying each other company as they giggled and chatted while strolling the street in the Big Apple. For the date, the British beauty opted for an all-black ensemble which consisted of a leather jacket, high-waisted trousers and a revealing top. She styled her brunette locks in a messy bun.

Meanwhile, her male companion rocked a loose beige shirt which he teamed with ripped jeans and a black cap. He accessorized the look with a necklace. 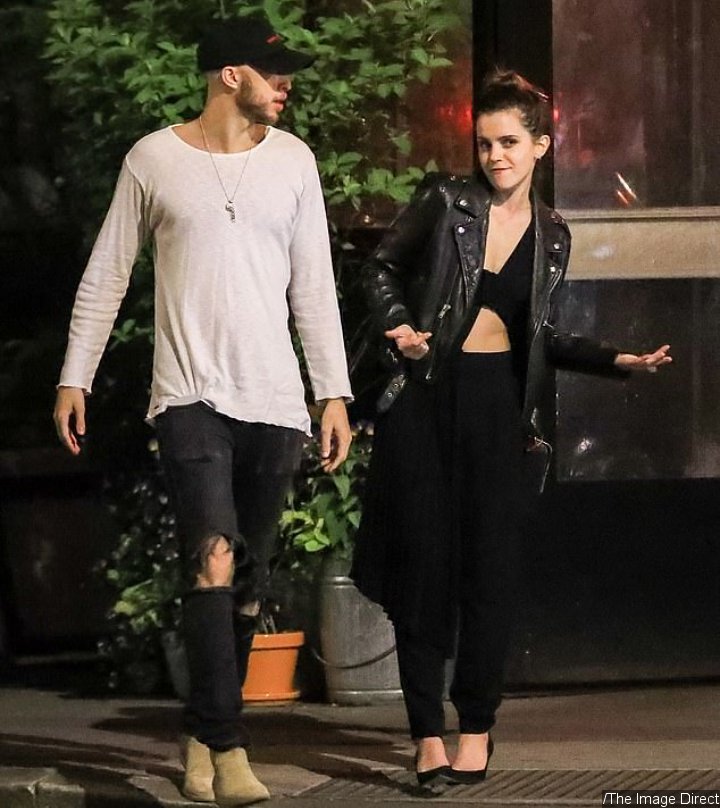 Emma Watson was spotted on a date night with a mystery man.

While the identity of the man was unknown when the photo first hit the web, it has now been revealed that the mystery guy who was with Emma at the time was Cole Cook, the brother of Alicia Keys. Receiving a bachelor degree in theater studies from Central Washington University, Cole works as the co-founder of a creative agency called Timeless Eye with Alicia's husband Swizz Beatz.

It's unknown whether Emma and Cole are truly dating or they are just friends. But one thing for sure, don't expect the "Beauty and the Beast (2017)" star to address the report as she has constantly said that she won't make her private life become public consumption. "I've noticed, in Hollywood, who you're dating gets tied up into your film promotion and becomes part of your performance and the circus. I would hate anyone that I were with to feel like there were in any way part of a show or an act," she previously said.

Prior to being rumored with Cole, Emma was in a two-year relationship with William "Mack" Knight. She was also reportedly dating Chord Overstreet for a short time.

Mama June Hates Herself, Says She Wants 'to Kill the Person I Am Now' in Dramatic Intervention Video