After Esther McGregor takes a stand against Philip Anschutz over his financial donations to anti-LGBTQ organizations, her older sister Clara steps forward to also reveal her sexual preference.

AceShowbiz - Two of Ewan McGregor's daughters have 'come out' as bisexual after taking aim at the founder of California's Coachella music festival for his apparent support of anti-LGBTQ groups.

Esther McGregor recently took to Instagram to lash out at billionaire businessman Philip Anschutz, declaring she wouldn't be attending the hugely popular event because of the 79-year-old's previous financial donations to organisations that fight against equal rights for the lesbian, gay, bisexual, transgender, and queer (LGBTQ) community.

"#notokaycoachella. I'll take the time now to say - I'm bisexual," the 17-year-old wrote online as she expressed her feelings about the celebrity-heavy festival, according to the Mail on Sunday.

Her older sister Clara, 23, also used the opportunity to share a little personal information about her life, commenting, "Love you boo. I'll hop on the train and say I'm bisexual too. Carry on!"

They are Ewan's kids from his marriage to estranged wife Eve Mavrakis, from whom he split in 2017 after falling for his "Fargo" TV co-star, Mary Elizabeth Winstead.

The former couple also shares eight-year-old Anouk, and 17-year-old Jamyan, who was adopted from Mongolia.

The McGregor girls' posts emerge a year after bisexual model/actress Cara Delevingne took a public stand against Coachella as a result of Anschutz's contributions.

"I still refuse to go to a festival that is owned by someone who is anti-LGBT and pro-gun," she told her social media followers. 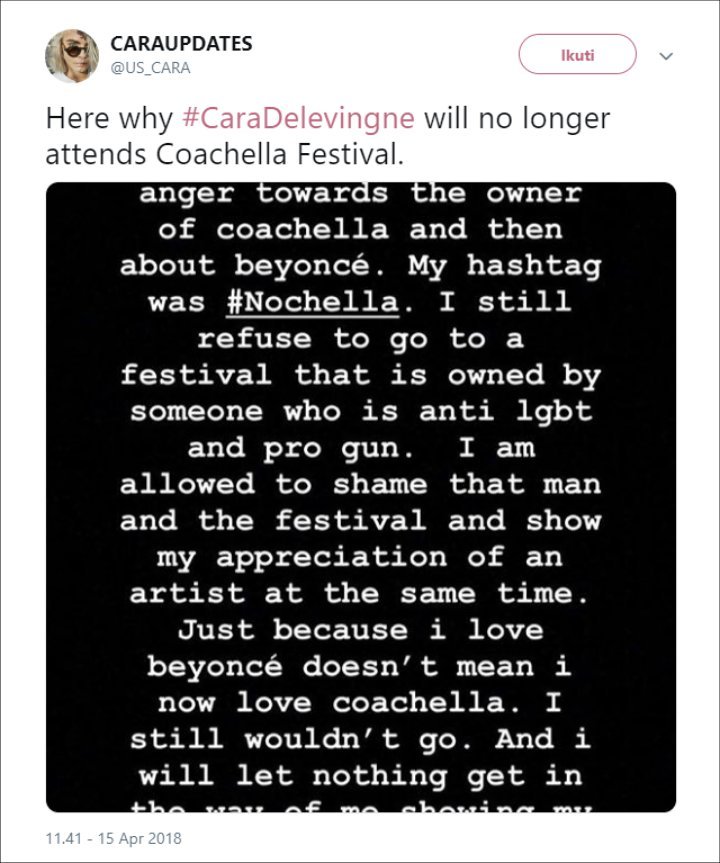 Cara Delevigne boycotts Coachella because of the alleged anti-LGBTQ claims.

However, Anschutz, who runs the entertainment company Anschutz Entertainment Group (AEG), subsequently issued a statement responding to the claims.

"I support the rights of all people and oppose discrimination and intolerance against the LGBTQ community," he wrote. "I see this as a matter of basic human rights. 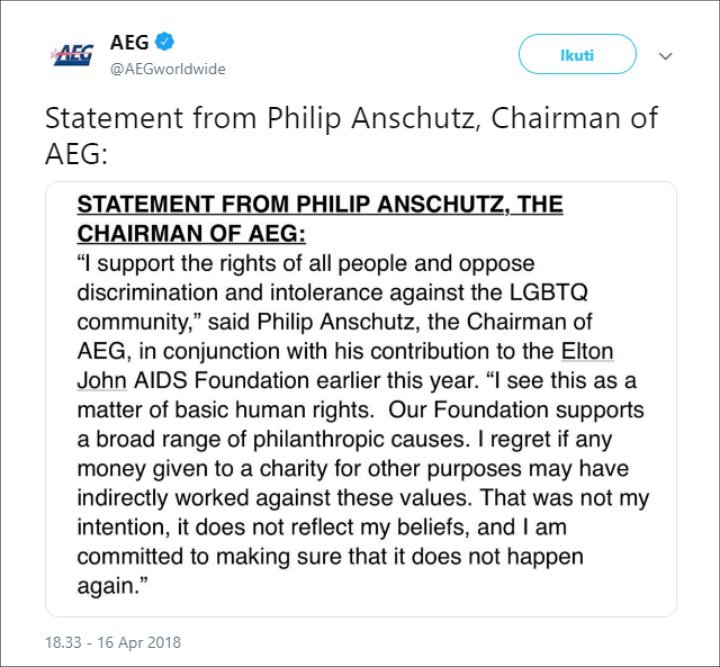 AEG responds to the anti-LGBTQ claims.

"Our Foundation supports a broad range of philanthropic causes. I regret if any money given to a charity for other purposes may have indirectly worked against these values. That was not my intention, it does not reflect my beliefs, and I am committed to making sure that it does not happen again."

Kim Kardashian: Using My 'Privilege' to Get My Children Into College Is Inappropriate