Appearing on Britain's 'The Graham Norton Show' along with co-star Anne Hathaway, the Australian star details how she changes the jury's mind about the rating for her new movie.

AceShowbiz - Actress Rebel Wilson had the rating of her new movie "The Hustle" changed after swaying censorship officials with a presentation on sexism.

The Australian funnywoman stars in and produces the upcoming comedy, but she had to fight to make the movie available for screening to young fans after initially receiving an 'R' rating, for "restricted".

Appearing on Britain's "The Graham Norton Show" on Friday, April 19, Wilson explained, "They gave it an 'R' for 'rude' (sic) and, as the producer, I had to go and represent the film to the board."

"I did a massive presentation and analysis of films starring men and women and proved they were being sexist," she added.

"The jury was out for five minutes and they change the rating to a PG. I crushed it!"

Wilson didn't specify which censorship board she had taken issue with, but the 'R' rating suggests she was referring to members of the Motion Picture Association of America, who limit audiences to such films by only allowing those under 17 to attend with a parent or adult guardian.

"The Hustle" will be released as a PG-13 film in the U.S., meaning parental guidance is advised as some material may be appropriate for kids under 13.

The movie is a female-centered reboot of 1988 film "Dirty Rotten Scoundrels", which is itself a remake of the 1964 film "Bedtime Story".

"The Hustle", directed by Chris Addison and also starring Anne Hathaway, Alex Sharp and Dean Norris, is set for release next month (May 2019).

'Conjuring' Stars Mourn Death of Lorraine Warren, the Real-Life Inspiration of the Movie

Rebel Wilson Gets Real About Naming Her Sexual Abusers Publicly 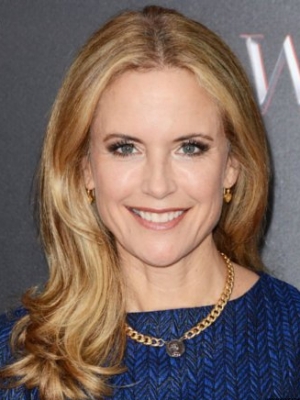