Also signing on as mentors for the new season of the singing competition show are country duo Brooks and Dunn and 'Peter Pan' hitmaker Kelsea Ballerini.

AceShowbiz - Brooks & Dunn, Kelsea Ballerini and Charlie Puth have joined the new season of "The Voice" in the U.S. as advisors.

The country duo will help Blake Shelton advise his singer, while Puth has signed on to serve as judge Adam Levine's sidekick, and Kelsea will help Kelly Clarkson.

Brooks & Dunn announced the news by posting promotional photo of themselves standing alongside Shelton on Instagram and captioned it: "This just in. We're joining #TeamBlake as Battles Advisors this season on @nbcthevoice! We're coming for you @blakeshelton!".

This just in…we’re joining #TeamBlake as Battles Advisors this season on @nbcthevoice! We’re coming for you @blakeshelton!

Meanwhile Levine has confirmed his pal Puth will mentor his team throughout the show's upcoming 16th season.

"He's mega talented and he's my friend and he's cool and I love him," Levine told Entertainment Tonight.

"What's really awesome about Adam is that he has a great musical ear," Puth added. "I call him, like, the best A&R in the music industry. He has a great idea of, like, who should be paired with who and makes great suggestions."

"I'm just along for the ride. It's kind of nice to see everything unfold in front of me and watch him make suggestions and I throw something in too."

Ballerini and Clarkson announced their pairing on news show Extra with the country singer stating, "I feel like I'm learning from what she's (Clarkson) saying, so I feel like I'm being way more quiet, because I'm listening to everything she's saying."

Kelly added, "She's being nice. It is just because I talk too damn much."

The show's 16th season begins on February 25 with John Legend making his debut as a judge and coach.

James Taylor Joins Season 18 of 'The Voice' as Mega Mentor 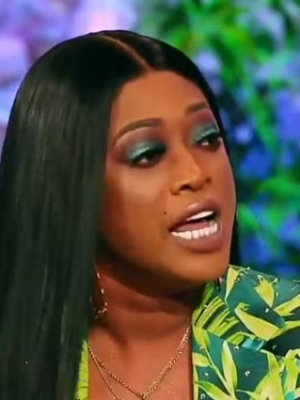