Words are the pair, who are set to star on the upcoming TV live musical 'Rent', are in a romantic relationship.

AceShowbiz - Tinashe may be off the market now. The "No Drama" singer was seen on a date night with R&B singer Mario in Los Angeles on Tuesday, January 16. Alongside her rumored beau, Tinashe was photographed leaving celeb favorite Craig's in West Hollywood while displaying her brightest smiles.

It's been fifty degrees in the city, but the chilly weather didn't stop Tinashe from proudly showing off her abs in a colorful crop top. The former "Dancing with the Stars" contestant completed her style with baggy camouflage pants and a long coat featuring a dizzying array of patterns including plaid and leopard and a pair of nude heels. 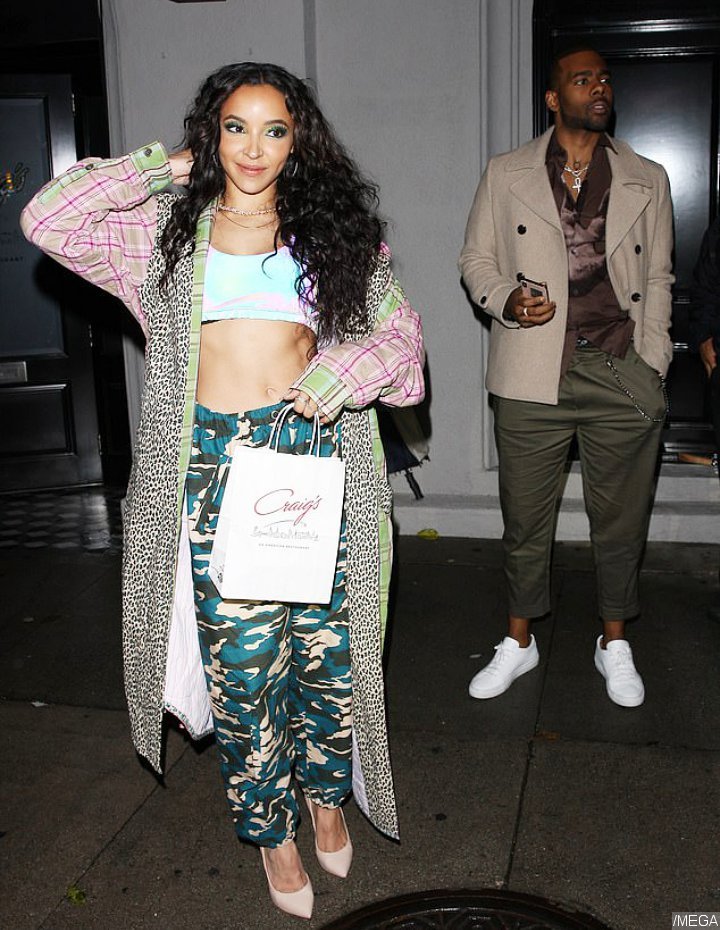 Tinashe and Mario are spotted in what seems to be a dinner date in L.A.

She was seen in full makeup that night as she sported green eyeshadow that went well with her outfit. However, she opted a nude color for her lipstick.

Meanwhile, Mario, whose real name is Mario Dewar Barrett, dressed in a camel-colored double breasted coat. The 32-year-old "Let Me Love You" crooner paired it with khaki pants that were cropped halfway up the calf along. Completing his style were white tennis shoes.

Words are the pair, who are set to star on the upcoming TV live musical "Rent (2019)", are in a romantic relationship. As nothing has been confirmed so far, the meeting might be all about business.

"Rent", also starring Vanessa Hudgens, Julie Larson, Adam Siegel and Marla Levine, is the new iteration of the Broadway adaptation of the 19th century Puccini opera La Boheme. Tinashe is set to play Mimi Marquez, a HIV positive dancer who struggles with addiction. Meanwhile, Mario takes on the role of Benjamin Coffin III. He once had a relationship with Mimi and is considered as yuppie scum and a sell-out by his roommates.

Men Call for Boycott of Gillette Over Its #MeToo-Themed Ad, Twitter Reacts

Tinashe Faces Copyright Infringement Lawsuit Over 'Save Room for Us'