The Duchess of Cambridge picks up a racket to join a tennis session without changing her footwear when she joins husband Prince William for a visit to Coach Core in Essex.

AceShowbiz - Kate Middleton makes playing tennis in heels look like a piece of cake. The Duchess of Cambridge made a visit to the Coach Core at the Basildon Sporting Village in Essex on Tuesday, October 30 to meet with young people training to be coaches, and was more than happy to show off her sporty side even without changing her footwear.

For the visit, the 36-year-old rocked all-black outfit which consists of a turtleneck, dark pants and heeled boots. Joined by her husband Prince William, she learned more about the apprenticeship program, which helps youngsters who are not employed or in education to build up their career in sports coaching. Before long, she was seen picking up a racket to join a tennis session. 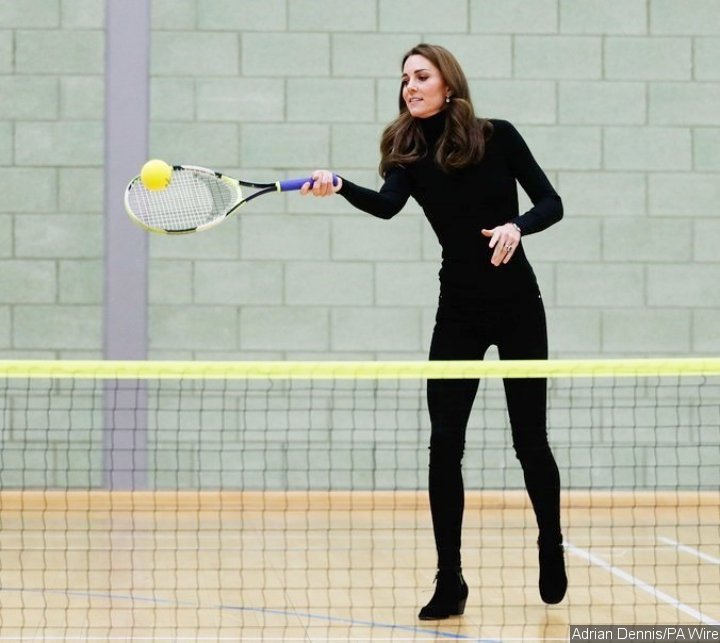 Pictures from the event displayed the patron of the Lawn Tennis Association smiling wide as she stepped onto the court with a group of school children. She didn't seem to be met with difficulties during the session even though she didn't have a chance to trade her heels for sneakers. While she hit the tennis court, her husband reportedly joined an athletics session of indoor Javelin. 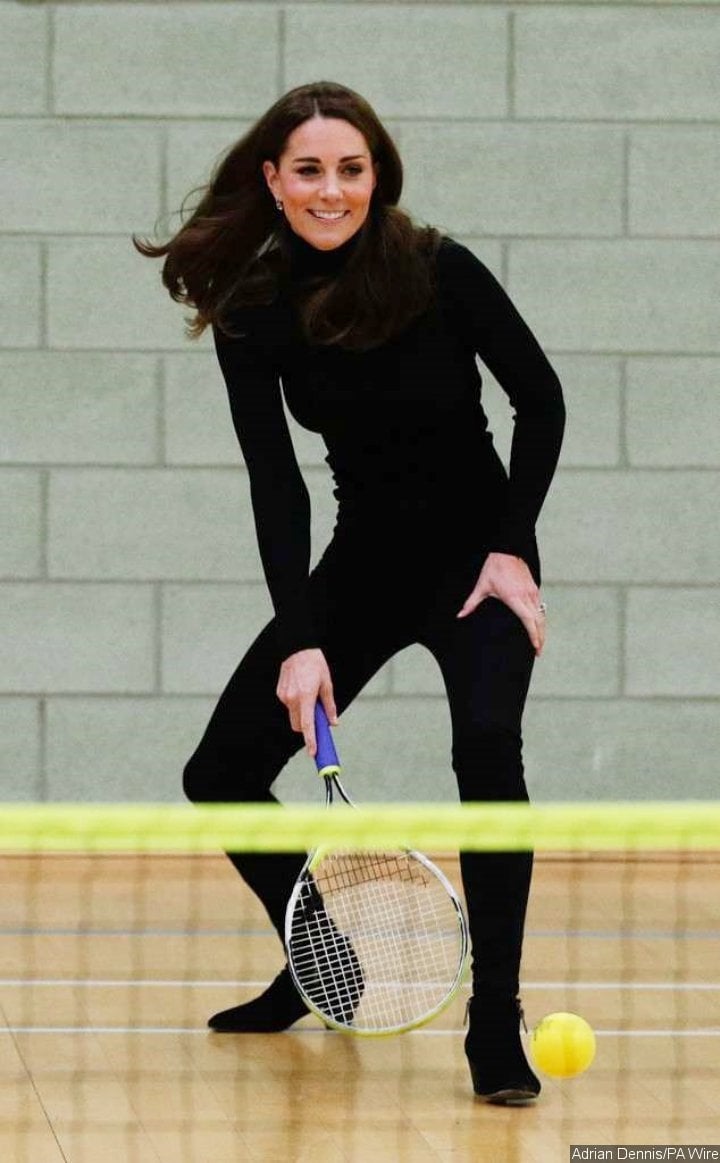 Kate Middleton was all smiles during the game. 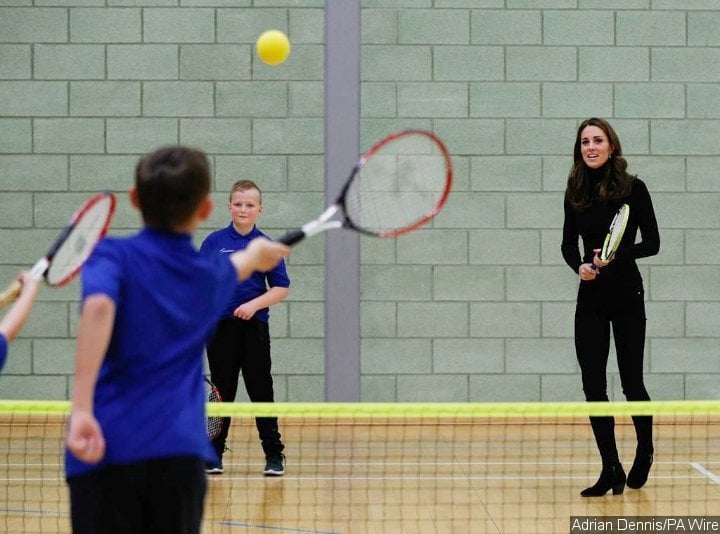 This was not the first time Kate stepped onto tennis court. The mother of three participated in tennis drills in October 2017 when visiting the Lawn Tennis Association. On the occasion, she spoke to Britain's star Johanna Konta as well as Coach Sam Richardson. With the latter, she shared her concern about teaching her oldest son, George, how to play tennis.

"She says with George just being four he wants to whack a ball, so she was asking what sort of stuff should she be doing. They will struggle at that age to hit a ball," Sam shared the story to Hello magazine. "She said he's interested in it, but more in whacking the ball."

Kate's love for tennis also made her a frequent visitor to Wimbledon. In July 2018, the older sister of Pippa Middleton took a break from her maternity leave to watch the women's final match between Serena Williams and Angelique Kerber. She was joined by sister-in-law Meghan Markle at the time. The following day, she came back to watch the men's final with her husband.