Clark Gregg will reprise his role as Agent Coulson in the Brie Larson-starring movie, which will also feature 'Guardians of the Galaxy' characters.

AceShowbiz - "Captain Marvel" has officially begun its production. Marvel Studios announced on Monday, March 26 that the principal photography on the female superhero-led movie kicked off in Los Angeles, California.

The Los Angeles area will serve as the production base for the film. The movie will also shoot on location in Fresno, California, as well as locations in Louisiana, including Baton Rouge and New Orleans.

Along with the announcement of the production kick-off, Marvel reveals new additions to the cast. The movie rounds out its cast with some familiar faces, including Clark Gregg who will reprise his role as Agent Coulson.

Coulson, who was featured in Marvel Cinematic Universe's early films, was killed in "The Avengers" but got resurrected on ABC's series "Marvel's Agents of S.H.I.E.L.D.". He has not appeared in a Marvel film since.

Also joining "Captain Marvel" are "Guardians of the Galaxy" stars Lee Pace and Djimon Hounsou. Pace will reprise his role as Ronan the Accuser, a member of the alien race the Kree, while Hounsou will once again play Korath the Pursuer, a mercenary who works with Ronan.

The additions of those three actors make sense since they are all related to Kree. Coulson was resurrected with Kree technology, while Brie Larson's Carol Danvers gets her super power after her DNA was fused with that of Mar-Vell, a Kree. 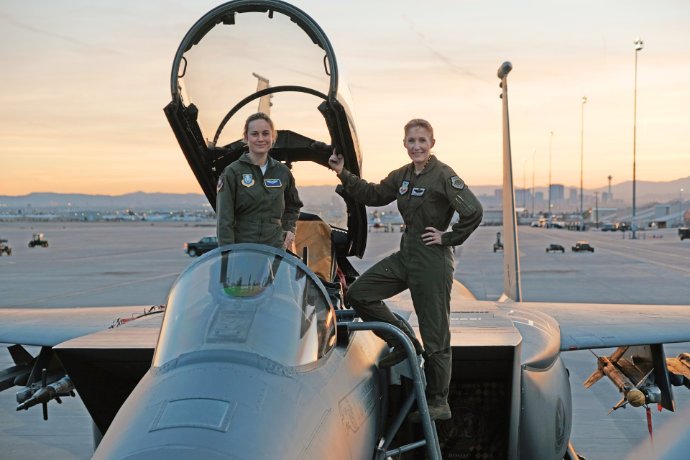 The upcoming movie is set in the 1990s and will reportedly see a galactic war fought by two alien races (presumably the Kree and the Skrull) coming to Earth. It's also likely that the film will show the origins of the conflict between the Nova Empire and the Kree.

Also starring Jude Law as Walter Lawson/Mar-Vell, Samuel L. Jackson as Nick Fury, and Raul Torres as a military soldier, "Captain Marvel" is directed by Anna Boden and Ryan Fleck. It is set for a U.S. release on March 8, 2019.