The brunette beauty protects her goods by hugging her knees to her chest as she appears to be enjoying some baked food and black coffee in the snap.

AceShowbiz - Emily Ratajkowski once again heats up Instagram with another racy picture. The 26-year-old model took to Instagram Stories on March 7 to share a new sultry snap of her wearing absolutely nothing in a bathroom.

The brunette beauty protected her modesty by hugging her knees to her chest while posing in a bathtub in the snap. A gorgeous view of a desert could be seen behind her. Emily smouldered straight into the camera as she appeared to be enjoying some baked food and black coffee. She captioned the racy snap, "Breakfast in the bathtub." 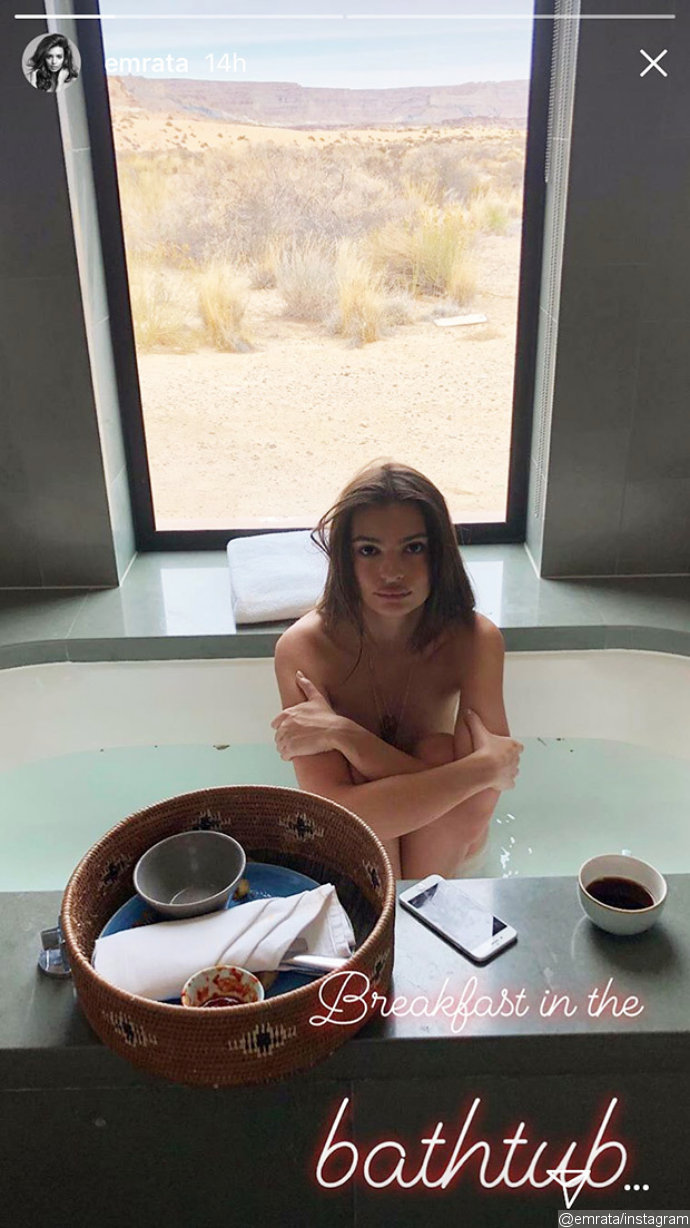 The picture came just a day after Emily shared on the photo-sharing platform a photo of her posing topless during her recent getaway to Amangiri resort in Canyon Point, Utah. The picture saw her soaking up the sun as she took a skinny dip, giving an eyeful of her assets. She held her hair back while flashing her gold wedding ring. She teamed it with a gold necklace. "Morning in the desert," so she captioned the snap.

Emily is indeed no stranger to showing off some skin, even though she received a lot of criticisms for that. Talking about the criticisms in an interview with Harper's Bazaar Arabia, she said she would "rather annoy people than hide my beliefs."

Emily also admitted that there had been times when she felt like "hiding under the covers" from her critics. "I really try and live by the idea that other people's reactions are not my problem," the London-born stunner said.

Common and Angela Rye Have Called It Quits

Emily Ratajkowski Sued by Paparazzo for Posting Photo of Herself