The Victoria's Secret model bares her cleavage as she goes braless in a sheer top and a blazer, which she pairs with white sneakers while leaving a hotel in Paris.

AceShowbiz - %cBella Hadid% makes sure all eyes are on her wherever she goes with her bold fashion choice. The 21-year-old model, who has been in Paris to attend Paris Fashion Week Men's, sported a bizarre outfit though she didn't hit the runway on Wednesday, January 17.

Leaving her hotel, the brunette beauty stepped out in a sheer top which she paired with a blazer and semi-sheer tights. She risked wardrobe malfunction as she went braless under the sheer top, while the blazer was only fastened on the waist with a black belt.

She also wore a pair of white sneakers which seemed to be an unusual combination with the rest of her outfit. She completed her look with large hoop earrings and arranged her hair in a slick top knot. She sported minimal makeup to emphasize her flawless beauty. 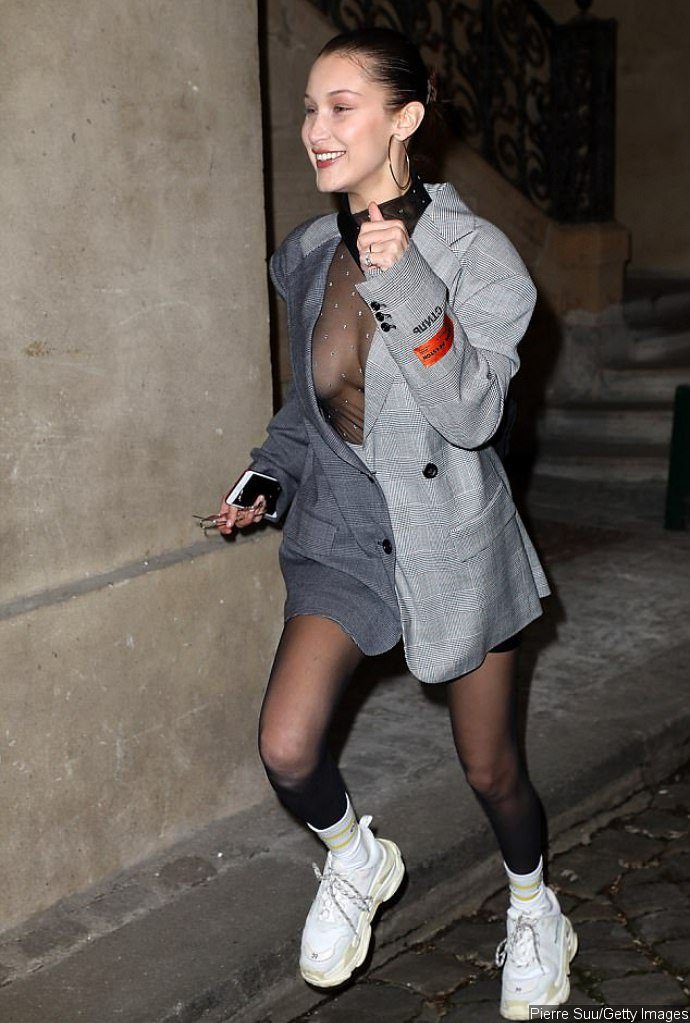 The younger sister of %cGigi Hadid% was heading to the Heron Preston presentation, where she posed with fellow models in similarly bizarre combos. She later looked excited when she met a male pal outside the Heron Preston Fall/Winter '19 show. She flung her arms around him as she lifted her off the ground and swung her around. 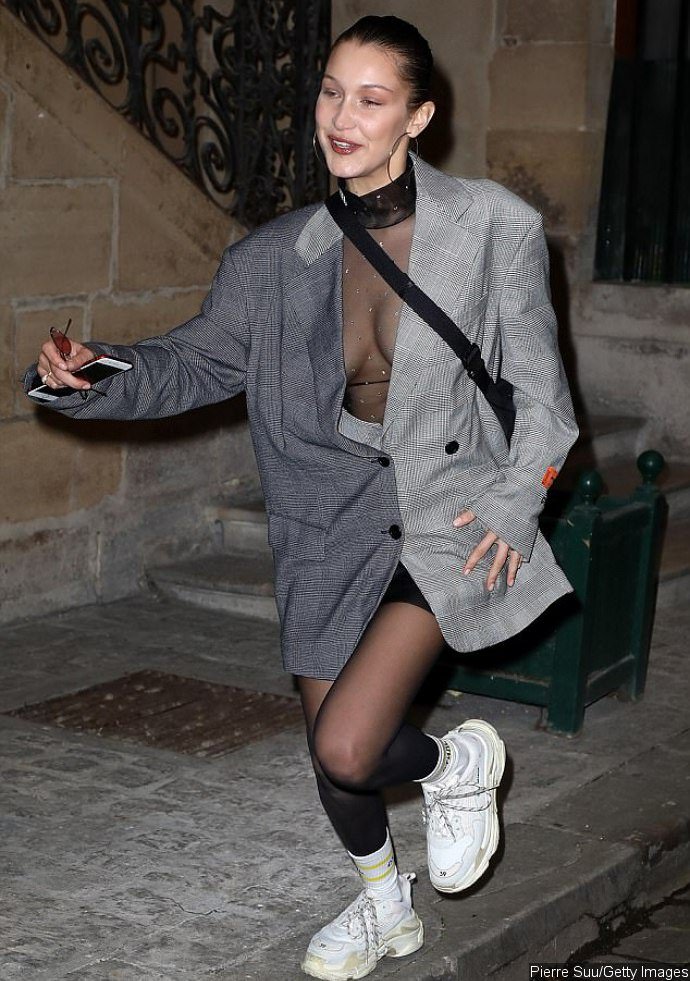 Her bold fashion style aside, Bella has been rumored dating %cJordan Clarkson%, who used to see her pal and fellow model %cKendall Jenner%. The model and the 25-year-old Los Angeles Lakers guard reportedly joined his teammate %cBrandon Ingram%, models %cHailey Baldwin% and %cCamila Morrone%, singer %cJustine Skye% and other friends at NYC's Zuma on December 12 after the Lakers lost to the New York Knicks.

"It was a big crew," an onlooker told Us Weekly. "And they were in a private room." According to the insider, the younger Hadid sister has been spending a lot of time with the Tampa, Florida-born basketball star. "They've been hanging out the past few weeks," the so-called insider shared.

Prior to this, Bella was reportedly rekindling her romance with her ex %cThe Weeknd%, after he split from %cSelena Gomez% late last year.

Michael Wolff's 'Fire and Fury' Is Heading for Television

Ruby Rose Is Wheelchair-Bound While Recovering From Back Surgery

Report: Bella Hadid Can't Move On From The Weeknd