The 21-year-old model received backlash after she tweeted about breast cancer awareness along with a photo of her 'showing off what breast cancer has taken away from victims.'

AceShowbiz - Kendall Jenner has just caused yet another controversy with her latest Twitter post. The model daughter of Kris Jenner took to the micro-blogging site on Friday, October 13 to share a braless photo of herself, claiming to be in support of breast cancer awareness.

Along with the hashtag #NoBraDay, Kendall captioned the photo of her ditching her bra in a sheer top with "Free the Nipple! Support Breast Cancer Awareness!" But many Twitter users were quick to blast the model, saying that her photo might offend cancer victims who had lost their breasts to the disease. 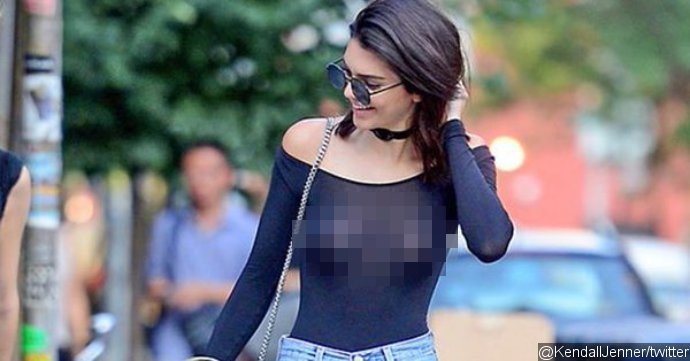 "Kendall needs a better PR team... Who told her that flaunting something in honor of those who have lost theirs is okay?" one commenter wrote. "So she's showing off what breast cancer has taken away from victims. How does that help? I would think it would make victims sad," another critic similarly wrote.

"For the record..no bra day doesn't mean show the world you still have yours," one pointed out. Another asked, "Do you know what women with breast cancer actually go through?" before adding that Kendall's post "is neither inspiring or compassionate. Tbh I'm sure you meant well- but [stop sign emoji]."

One observer wrote, "Bras don't cause cancer anymore than belts cause stomach cancer. Stupid." Another commenter suggested that Kendall should "read a bible," commenting, "Free the nipple no morals is more like it. Other ways to promote breast health. Sad world we live in today."

There's also a user who linked the whole boob thing to the current sexual assault crisis in Holliwood, saying, "And you wonder why Hollywood has a sexual assault problem... I know it's no excuse but nobody needs to see your breasts out in public."

Another comment simply read, "Pepsi T**s," referring to the public-relations fiasco Kendall was at the center of earlier this year.

It's been a tough year for Kendall. Aside from her causing a controversy with her protest-themed Pepsi commercial in April, the 21-year-old model's Adidas ad over the summer was similarly criticized harshly. In June, she and her younger sister, Kylie Jenner, both found themselves under fire for using images of musicians such as Tupac Shakur and Notorious B.I.G. among others on their clothing line.