The 'Manchester by the Sea' actress was seen visiting Campo De'Fiori street market in Rome, Italy with a mystery man and her daughter Matilda.

AceShowbiz - Michelle Williams seems to be enjoying her time in Rome. After having a dinner date with a mystery man last month, the "My Week with Marilyn" star was spotted kissing a new guy during an outing at Campo De'Fiori street market on Saturday, July 15.

In some photos obtained by Daily Mail, Michelle was donning an off-the-shoulder orange top which she paired with jeans and white sneakers. She accessorized with a pair of shades. Her companion, meanwhile, opted for a more casual look as he was wearing a gray T-shirt paired with brown shorts and sandals. 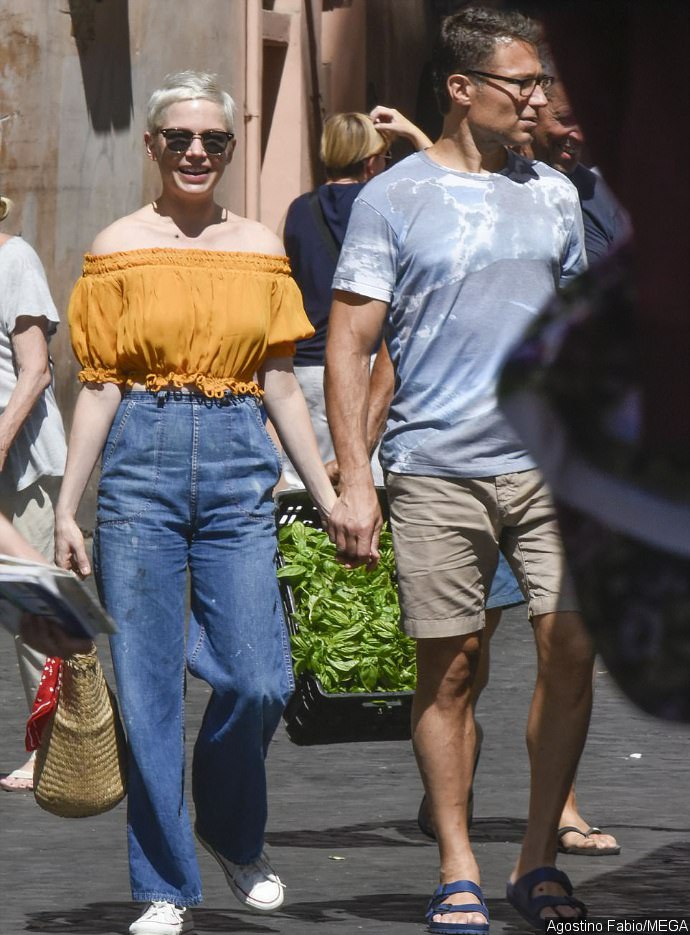 The two were walking around the market hand-in-hand. The handsome hunk couldn't keep his hand off her as he was seen holding her shoulders. They appeared to be very smitten with each other as they stared into each other's eyes with so much affection before sharing a sweet kiss. 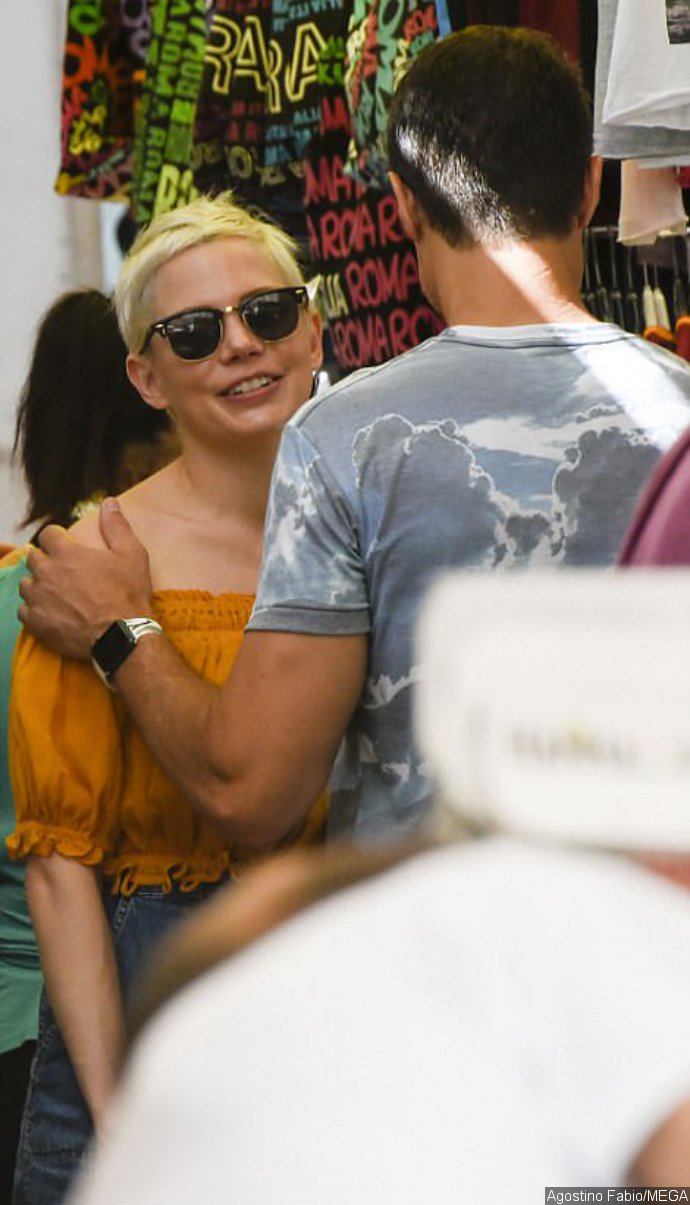 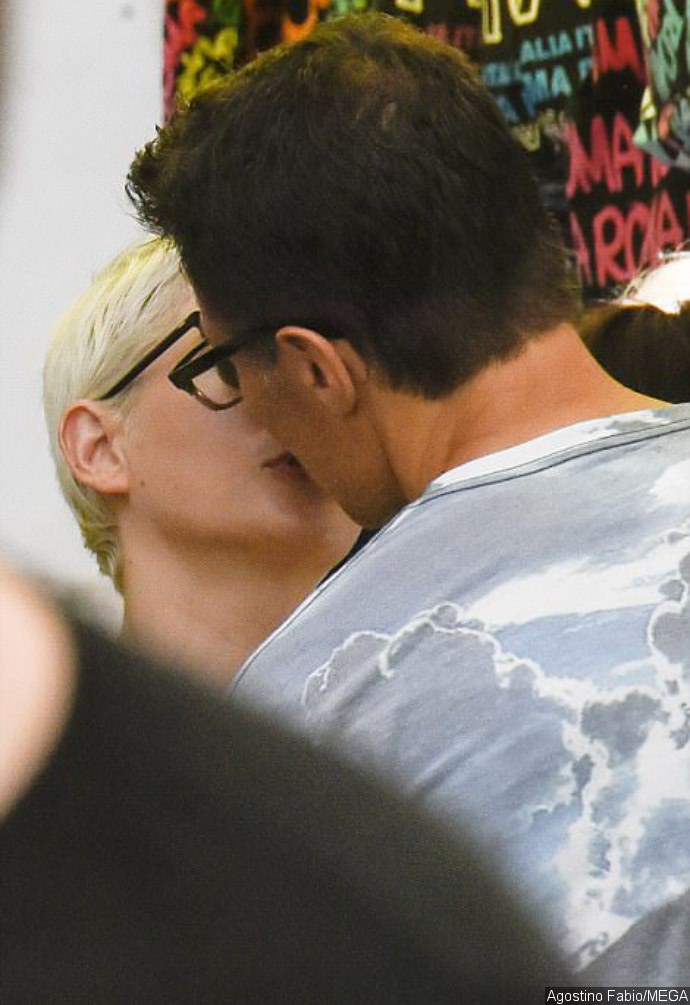 The alleged couple was joined by Michelle's 11-year-old daughter Matilda, whom she shared with the late Heath Ledger. The man seemed to have formed a close relationship with her since they spent time eating fruit salad together and talking to each other. 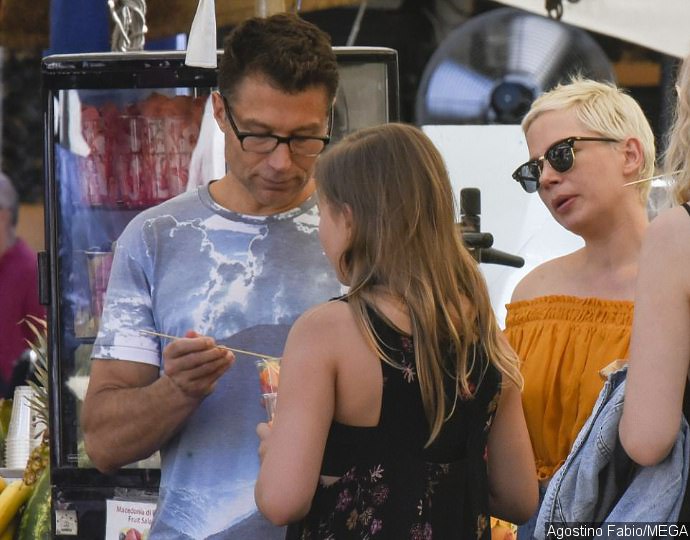 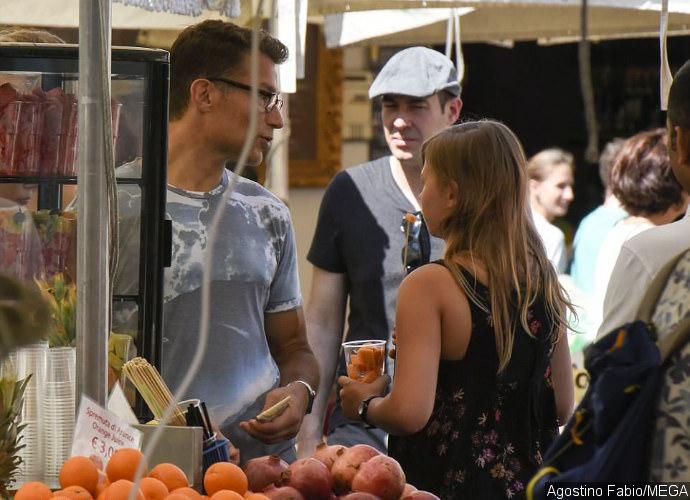 Michelle has been staying in Rome to film her upcoming movie, "All the Money in the World", which also stars Kevin Spacey and Mark Wahlberg. The Ridley Scott-directed movie tells a story about John Paul Getty III, a teenager who was kidnapped in Italy in the '70s. The 36-year-old actress plays John's mother Gail Harris, while Kevin and Mark play Jean Paul Getty and Fletcher Chase respectively.

"All the Money in the World" will be released in the United States on December 8.