The Victoria's Secret model lost her balance as her heels appeared to get tangled in her gown's tassels while walking down the runway for the Moschino Autumn/Winter 2017 presentation.

AceShowbiz - Gigi Hadid almost took an embarrassing tumble on the catwalk for the Moschino show at Milan Fashion Week on Thursday, February 23. However, the Victoria's Secret model was saved from a catastrophic fall as she quickly steadied her footing and resumed her walk without missing a beat.

The incident happened when the 21-year-old beauty modeled the Moschino Autumn/Winter 2017 collection. She lost her balance after her heels appeared to get tangled in her gown's floor-length tassels. While the show also featured equally famous sister Bella Hadid and pal Kendall Jenner, all focus was put on Gigi when she tripped right before striking a pose for photographers. 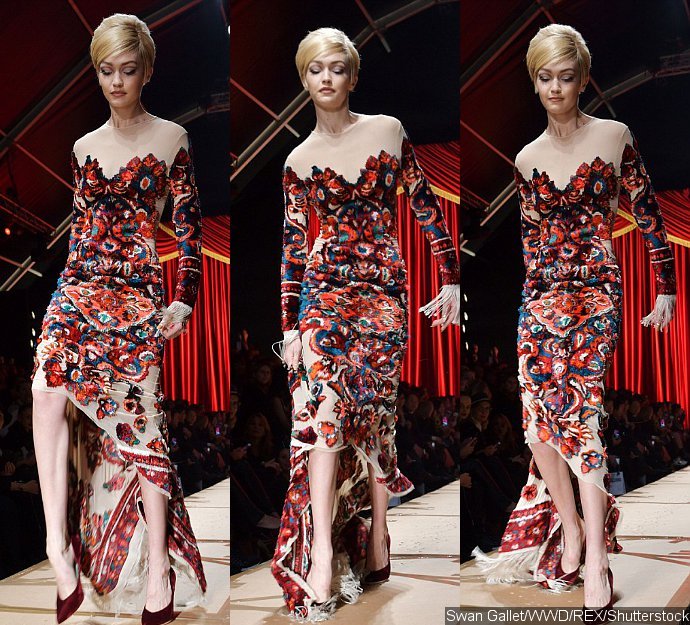 Gigi arranged her blonde locks in a stylish bouffant while hitting the catwalk. She showcased her stunning figure in the sheer gown adorned with floral embroidery. The girlfriend of Zayn Malik still dazzled while hitting the runway even though she didn't wear any accessories. 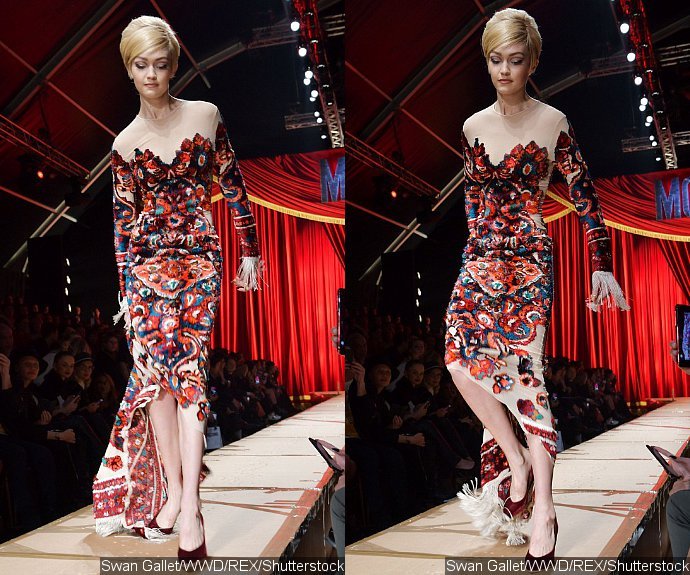 Gigi continued stealing the attention while backstage with sister Bella, who glammed up in her sparkling silver dress and faux-fur shrug. The ex-girlfriend of The Weeknd also opted for minimum accessories. Ditching her bra, Bella showcased her cleavage and shoulders as she posed for photographers.