The 'Friends with Benefits' actress showed off her growing baby bump while walking down the streets of Los Angeles after having lunch with some girl friends at Cafe Gratitude.

AceShowbiz - Mila Kunis showed off her baby bump while stepping out in Los Angeles on Tuesday, June 21. The "Bad Moms" star was spotted strolling down the street after she had a low-key lunch with some girl friends at celebrity hotspot Cafe Gratitude.

The 32-year-old actress, who is expecting her second child with Ashton Kutcher, kept it simple by wearing a blue tank top, rolled-up jeans and flip flops. She appeared to be makeup free while letting her hair fall naturally. She was seen having a conversation while walking side by side with a gal pal. 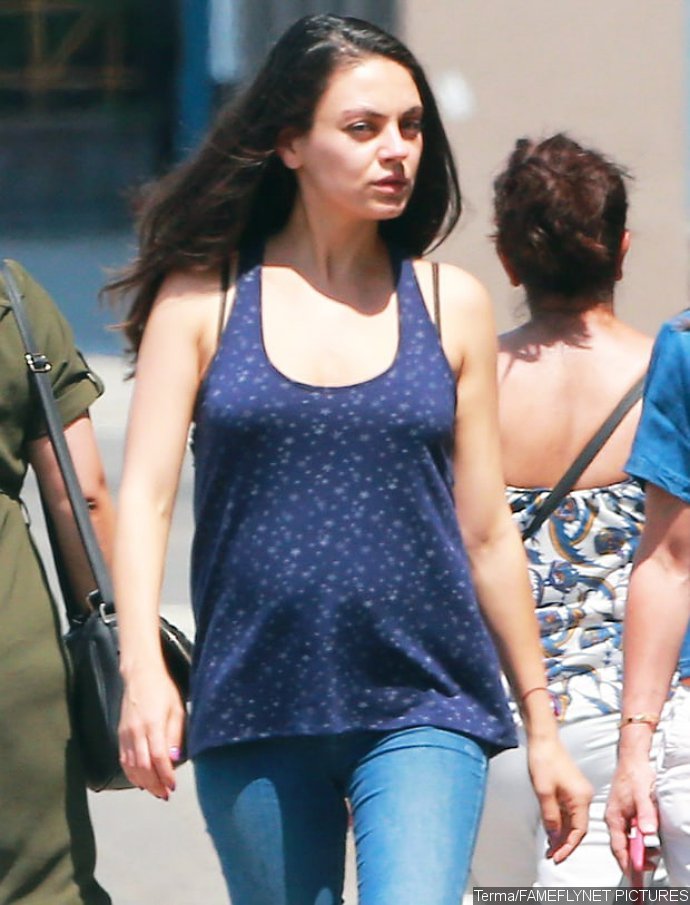 Her lunch came after she celebrated Father's Day with her husband at Salt's Cure in Los Angeles without their daughter. An eyewitness said, "They sat at the bar together but didn't bring baby Wyatt despite it being Father's Day."

Mila and Ashton, who tied the knot in July last year, are already parents to 2-year-old daughter Wyatt Isabelle. They previously hinted at expanding their family. "Absolutely, I do want to have more kids one day, for sure," Mila said back in February.

Ashton gushed about Mila in December 2014, saying that she's a devoted mother. "The most amazing thing about having a baby is my partner, Mila," he said. "She's the greatest mom."

Drake Blasts a Fan Dissing His Tribute to Anton Yelchin