The transgender star's E! series 'I Am Cait' and TLC's 'I Am Jazz' both won the Outstanding Reality Program award.

AceShowbiz - Caitlyn Jenner claimed the first victory for her series "I Am Cait" at the 27th Annual GLAAD Media Awards. The reality show star showed up on Saturday, April 2 in Beverly Hills to accept the prize, sharing the Outstanding Reality Program nod with TLC's "I Am Jazz".

"I Am Cait" documents Bruce Jenner's transition to become a transgender woman. The first season recounts her experience of accepting the Arthur Ashe Courage Award at the ESPYs in 2015, and changing her name legally. The second season chronicles her journey to spread awareness on LGBT issues with other trans activists.

Jenner looked emotional on stage as she collected her trophy and said, "Only eight percent of the population knew someone that was trans. Well, we changed that." She hugged fellow winner Jazz Jennings who is the transgender YouTube star of "I Am Jazz".

"I grew up in Texas where it wasn't very accepting of any sort of LGBT person," Lovato said on her acceptance speech. "I grew up with friends that were gay and afraid to come out. But, I had a safe environment and family." She added, "I knew if I ever made it as a singer I needed to use my voice for so much more than just singing. People have the right to love who they want to love." 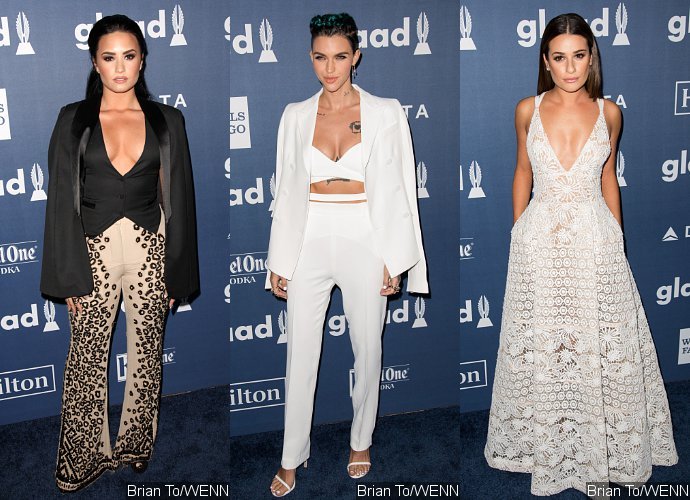