The 32-year-old actor attended the premiere of the superhero movie at the Odeon Leicester Square in The Old Smoke with his mother and his 19-year-old girlfriend Tara King.

AceShowbiz - Henry Cavill brought his loved ones to the European premiere of "Batman v Superman: Dawn of Justice" at the Odeon Leicester Square on March 22 in London. The 32-year-old actor looked radiant as he came along with his mother Marianne and his 19-year-old girlfriend Tara King.

Henry and Tara looked affectionate as the former wrapped his arm around the beautiful girl. Tara was seen wearing a black cutout dress which she paired with a matching clutch. She flaunted her natural beauty as she sported minimal makeup and let her hair flow naturally. 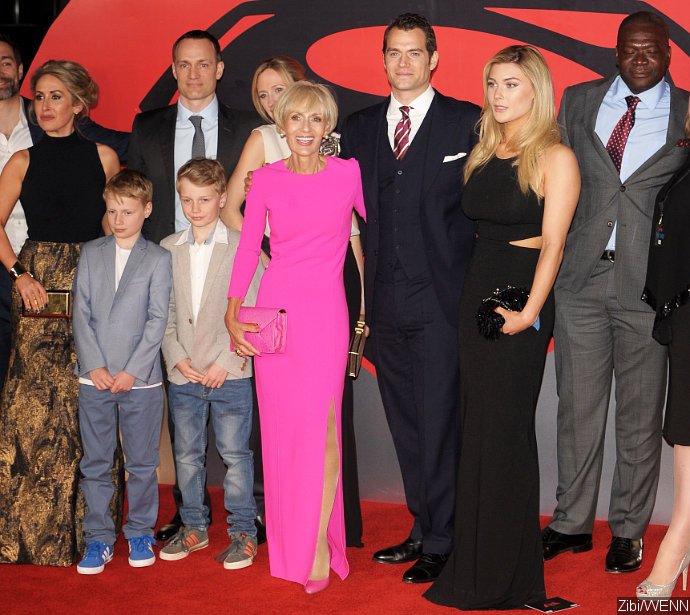 The Superman himself opted for a dapper look, wearing a striped tie over a black suit. Henry and Tara posed for photographers on the red carpet alongside Marianne, who rocked a shocking pink dress and carried a matching clutch. Before the trio entered the theater, Henry posed alongside his co-stars like Ben Affleck, Gal Gadot, Holly Hunter, Amy Adams and Jesse Eisenberg.

The "Man of Steel" was star first linked to the beautiful lady back in October 2015 when they were spotted attending a rugby match at Twickenham Stadium in London together. Henry recently said that the large age gap between them had never been a big deal for them. "People say age is just a number," he insisted. "It's actually real and true sign of someone's maturity. But in this case, she's fantastic."

'Agents of S.H.I.E.L.D.' Stars on Parting Ways With the Team and Getting Spin-Off