Picture of Ben Affleck's Ex-Nanny on His Private Jet Surfaces

Christine Ouzounian was pictured wearing Tom Brady's four Super Bowl rings when she joined Affleck and the NFL star on a trip to Las Vegas in June.

AceShowbiz - New evidence of %cBen Affleck%'s alleged affair with his ex-nanny Christine Ouzounian might have surfaced despite the actor's denial. A new picture of the 28-year-old girl on a private jet trip to Las Vegas with the "Batman v Superman: Dawn of Justice" star and his buddy %cTom Brady% has been shared online.

Obtained by The Post, the image shows the blonde girl playfully posing with Brady's four Super Bowl rings. Kicking off her shoes, she looked relaxed on her seat while smiling to the camera. She wore a dark tank top and a pair of white pants. 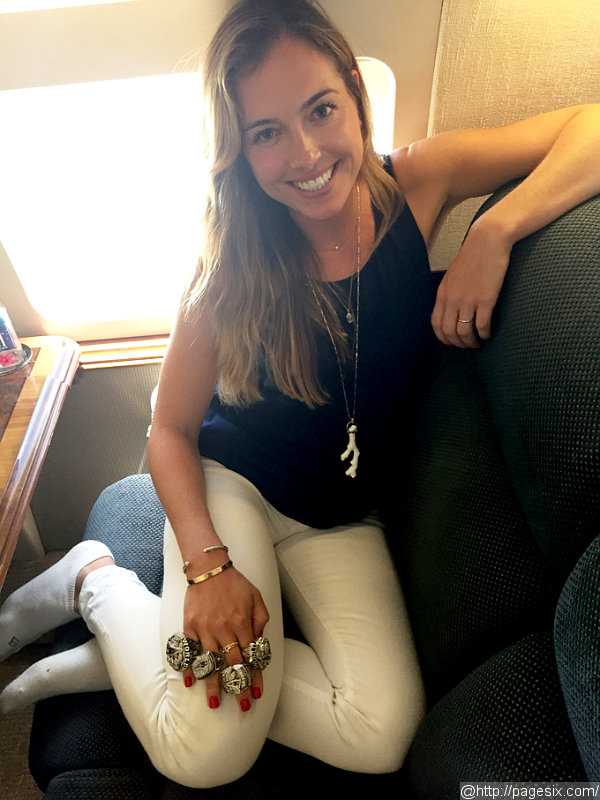 According to previous reports, Ouzounian had been in the Bahamas with Affleck and his estranged wife %cJennifer Garner% before she joined him in Sin City on June 27 for a poker tournament. "But along the way, he convinced her to go to Las Vegas with him for [a] poker tournament. They even stopped and picked up Tom Brady for the trip. While in Vegas, Ben hid Christine the entire time," a source told HollywoodLife.com.

"When they got back to LA, Jen heard about their trip without the kids and flipped out. She fired Christine right away, and Ben did nothing about it," the source added.

The "Gone Girl" actor later denied the report and threatened to sue Us Weekly which first ran the story. He, however, was recently spotted having a late-night meet up with Ouzounian outside his rental house on July 17.

Affleck and Garner have now hired two new nannies to look after their three children, Violet, Seraphina and Samuel, amidst the affair allegation.

Reese Witherspoon to Star in and Produce 'Cold' at Lionsgate

Ben Affleck Drunk Only Hours After Celebrating Sobriety on Instagram