'See, I never talk about this stuff for this exact reason - because it's all so speculative and baseless,' the 'Aloha' actress said of the split rumors.

AceShowbiz - Emma Stone finally broke silence on relentless rumors claiming she had broken up with her longtime boyfriend Andrew Garfield. The "Aloha" actress revealed the reason why she kept coy on the matter in the July/August issue of Wall Street Journal magazine.

"See, I never talk about this stuff for this exact reason - because it's all so speculative and baseless," Emma told the publication. "Once you start responding - once you're like, 'No, that's not true' - then they're like, 'Well, if we push enough, we'll get a comment, so let's see what else we can make up.' "

"I understand the interest in it completely, because I've had it, too," the 26-year-old star added. "But it's so special to me that it never feels good to talk about, so I just continually don't talk about it." 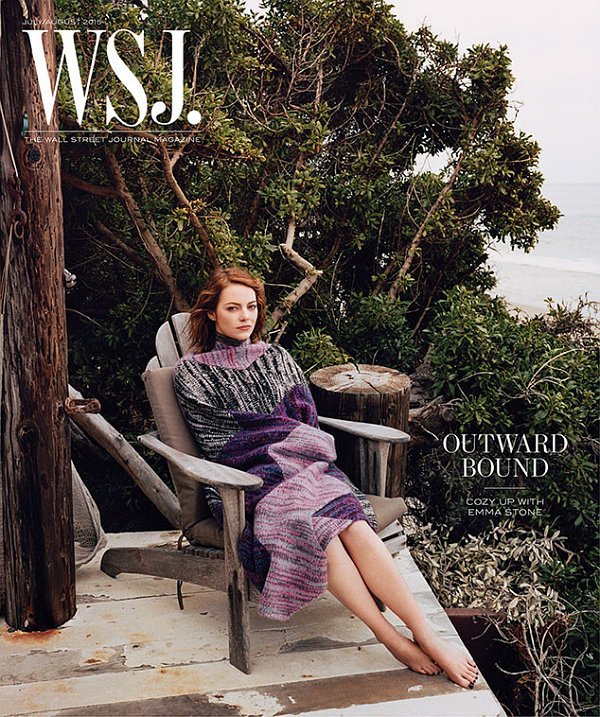 "When I picked up the bag, I was like, 'This is kind of funny if there are any [paparazzi] out there,' " Emma said of the occurrence.

"There's probably some rebelliousness that comes out in me after all these stories and people texting you for weeks about something that, for the most part, is not true," she concluded. "But even when it's false, I would rather just let it be false."

In the interview with the magazine, Emma also discussed her experience of working with Woody Allen in "Irrational Man" and her upcoming project with Ryan Gosling.