Origins of Ultron and The Vision From 'Avengers: Age of Ultron' Revealed

Newly-surfaced promo art for the two new characters in the upcoming highly-anticipated movie reveals slight changes in regards to the characters' origin.

AceShowbiz - One day after a new official still from "Avengers: Age of Ultron" was released, new info regarding Ultron and The Vision's origin surfaced online. A Reddit user recently shared profiles of the two new characters from the highly-anticipated movie, suggesting slight changes to the characters' origin. 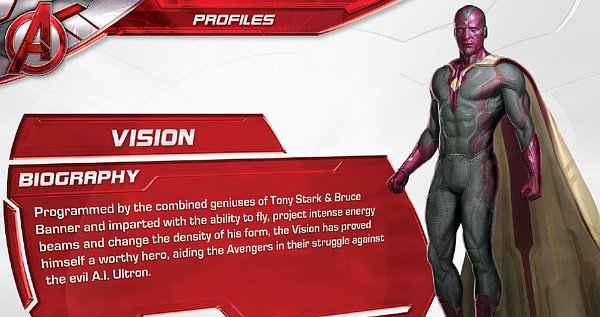 According to the comic book, The Vision is created by Ultron. However, according to the image floating online, the character to be played by Paul Bettany (who also voiced Tony Stark's AI assistant JARVIS) is created by Bruce Banner and Stark. "Programmed by the combined geniuses of Tony Stark & Bruce Banner and imparted with the ability to fly, project intense energy beams and change the density of his form, the Vision has proved himself a worthy hero, aiding the Avengers in their struggle against the evil A.I. Ultron," read the description. 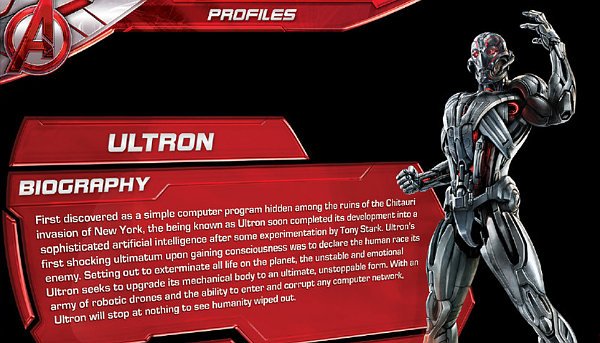 "Ultron's first shocking ultimatum upon gaining consciousness was to declare the human race its enemy. Setting out to exterminate all life on the planet, the unstable and emotional Ultron seeks to upgrade its mechanical body to an ultimate, unstoppable form. With an army of robotic drones and the ability to enter and corrupt any computer network, Ultron will stop at nothing to see humanity wiped out," it continued. 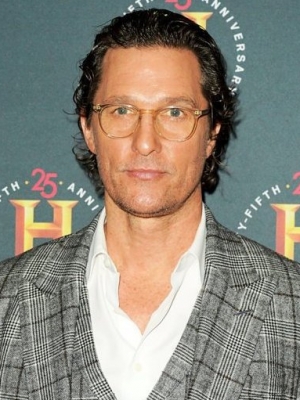