The crypt, where the late King of Rock and Roll was laid before being moved to Graceland, is pulled from the Julien's Auctions at fans' request.

AceShowbiz - The crypt, where %cElvis Presley% was temporarily buried before being laid in his final resting place at Graceland, has been pulled from auction block. It was supposed to be sold during Julien's Auctions "Music Icons" memorabilia sale, but fans worldwide requested that it's yanked off the block.

The fans demanded the now-empty tomb to be kept as a shrine to remember the late King of Rock 'n' Roll. Auctioneer Darren Julien agreed not to sell it "until Forest Hills finds a plan that best suits the interests of the fans while respecting and preserving the memory of Elvis Presley."

The tomb is located at the Forest Hill Cemetery in Memphis, Tennessee. The singer who died on August 16, 1977 at the age of 42, was laid in it for two months alongside his mother Gladys. It has remained empty ever since and was marked only by a statue commemorating his brief stay there.

In addition to the crypt, Julien plans to sell a robe worn by %cAmy Winehouse% in her "Rehab" music video, a cigarette packet signed by %cThe Beatles% and Chinese ceramic dogs from %cMeat Loaf%'s collection at the upcoming event running June 23 and 24.

A letter sent by %cMichael Jackson% to %cLisa Marie Presley% was supposed to be sold there, but it's pulled from the block as well. "I'm assuming that it's because the note is of a personal nature," Julien explained. "And we want to honor the request and continue our good relationship with Ms. Presley."

In the letter, MJ complained to Lisa about how he was in desperate need of sleep. "Lisa I truly need this rest I haven't slept litterally (sic) in 4 days now. I need to be away from phones and business people. I must take care of my health first Im'(sic) crazy for you," he told her in his handwritten note.

Jennifer Hudson Is a Broadway Star on 'Smash'

Elvis Presley's Former Private Jet Is Up for Sale Again 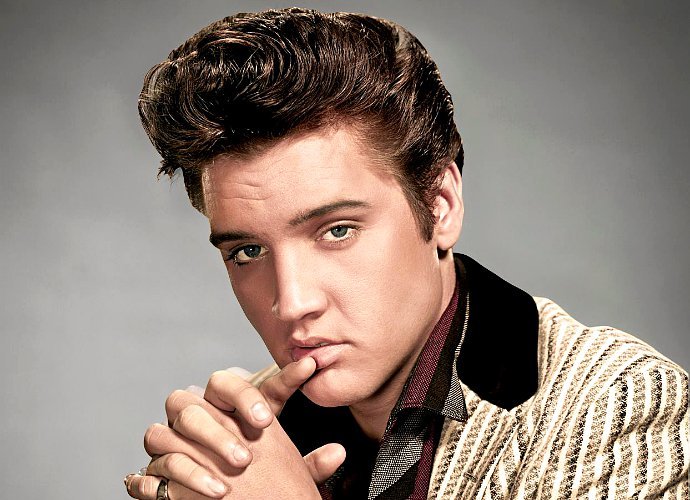