The hotel heiress, along with sister Nicky Hilton and glamorous party-goers, enjoyed the magnum party at La Voile Rouge on Pampelonne beach in St Tropez, France.

AceShowbiz - Paris Hilton surely had a blast while enjoying a beach party at La Voile Rouge on Pampelonne beach in St Tropez, France on Thursday, July 22. And the hotel heiress was having a shower not with ordinary water but Champagne.

Wearing a multicolored one-piece swimsuit with a low-cut, a sarong, a hippie-style headband and taking cover behind brown sunglasses, Paris was seen spraying a crowd of onlookers with bubbly drink while dancing and leaping about on a club roof. Paris added the fun by taking a gulp from a massive bottle of Champagne.

Beside partying with the glamorous party-goers, Paris was also accompanied by her sister Nicky Hilton, who donned colorful mini dress and aviator glasses. Paris and Nicky continued the fun by taking a dip at the beach and going back to the yacht with a blue rubber boat.

Paris, along with sister Nicky and their entourage, has been on a multiple city trip that has seen them traveling to South Africa for the 2010 World Cup and then to London before jetting across the English Channel to France. The socialites have been staying at the luxury yacht, which has become their temporary home in the Mediterranean Sea. 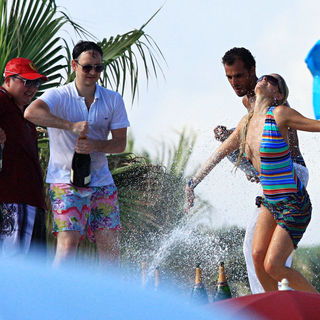 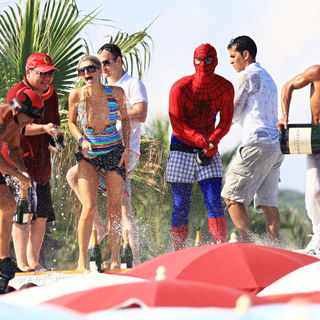 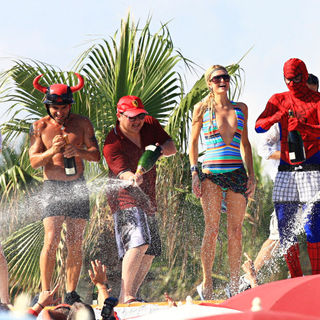 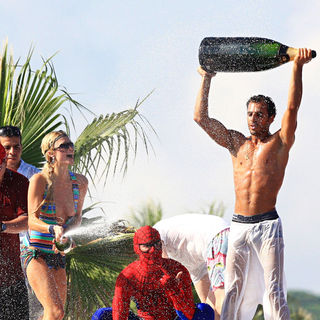 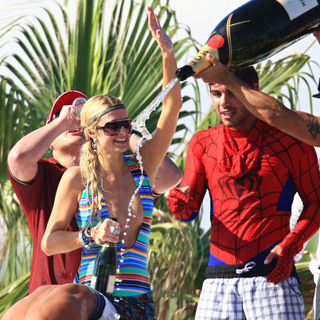 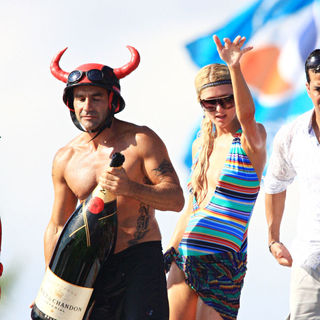 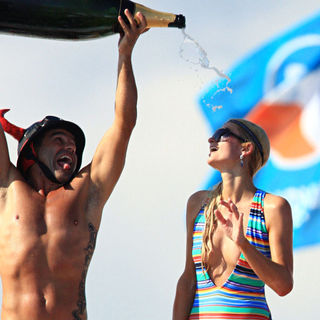 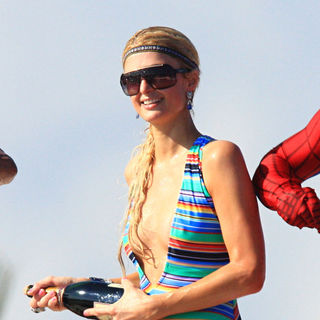 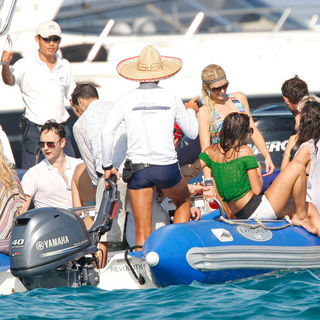 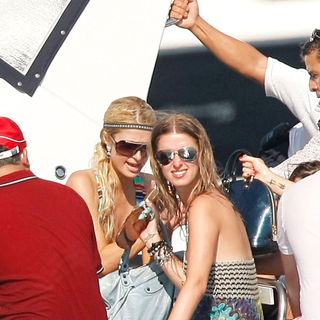 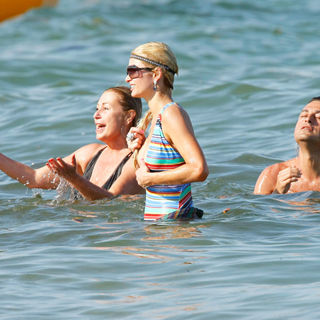 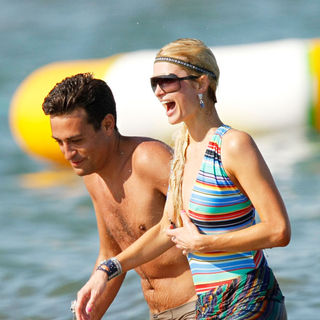 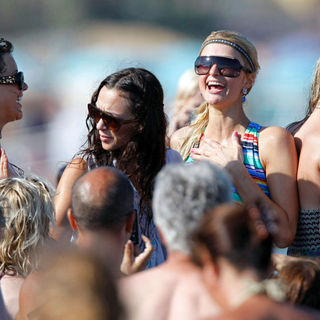 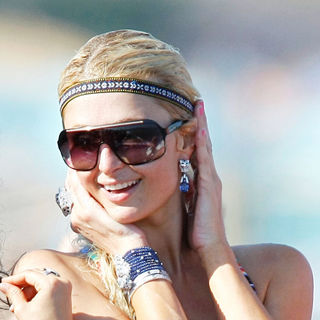 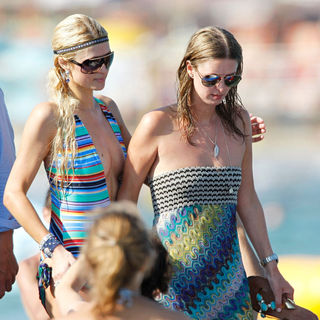