Hudgens' Blondie, Emily Browning's Baby Doll and Abbie Cornish's Sweetpea are some of the film's chicks who grace the official one-sheets.

AceShowbiz - After a picture from "Sucker Punch" was found on Entertainment Weekly magazine, a clearer look at the film's characters have been gotten in official posters. Warner Bros. Pictures has released six character posters which feature the main female cast individually.

Set in the 1950's, "Sucker Punch" centers on Baby Doll, a young girl who is confined to a mental institution by her evil stepfather. Stuck in the place, she imagines an alternative reality to hide her from the pain. In that world, she plans her escape, needing to steal five objects to help her get out before she is deflowered by a vile man.

Emily Browning takes the lead role of Baby Doll, joined by Vanessa Hudgens, Abbie Cornish, Jena Malone, Jamie Chung, Scott Glenn and many others. Zack Snyder serves as helmer as well as scribe for this action fantasy movie, which will invade theaters nationwide on March 25, 2011. The film will be presented at Warner Bros.' San Diego Comic Con panel on Saturday, July 24. 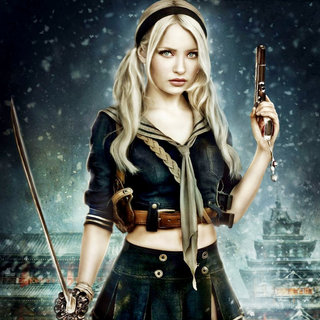 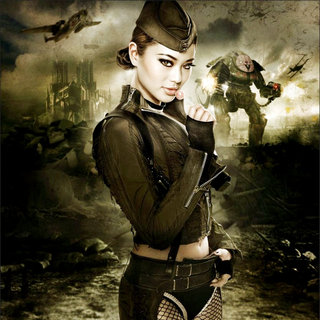 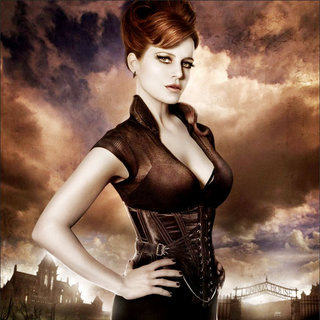