AceShowbiz - The first full trailer for "Piranha 3-D" has been made available for viewing pleasure via Yahoo! Movies. It is started with the scene in which a diver discovers thousands of the wild animals deep in the water before then captures the footage which shows people attacked by the fish in the lake.

In addition to the trailer, Yahoo! Movies also has got its hand on some new images from the film. Giving preview to the bloody scenes and the chaotic situation after piranhas come to the sleepy lake, one of the photos also share how people team up to help the survivors.

A sudden underwater tremor sets free scores of the prehistoric man-eating fish, creating a new terror to local people around Lake Victoria during a Spring Break. Now an unlikely group of strangers must band together to stop themselves from becoming fish food for the area's new razor-toothed residents.

Supported by cast ensemble which includes the likes of Adam Scott, Jerry O'Connell, Ving Rhames, Jessica Szohr and Eli Roth, "Piranha 3-D" is directed by "The Hills Have Eyes" helmer Alexandre Aja. This action thriller is slated to hit U.S. theaters on August 27. 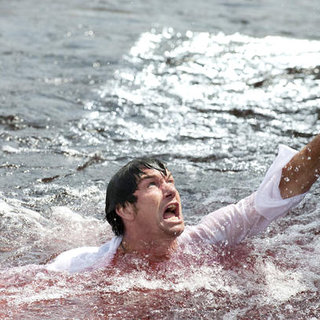 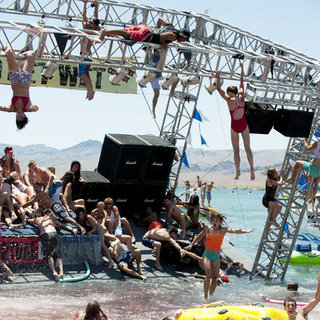 Gabriel Aubry Confirms Split From Halle Berry, Promises to Love and Respect Her

Teaser of Beyonce Knowles' 'Why Don't You Love Me' Video