The Disney stars attended a church service together with a friend just one day after Demi spilled out their secret romance.

AceShowbiz - Fresh from a dating confession, Demi Lovato was spotted going to a Los Angeles church with Joe Jonas on Sunday, March 14. The now-out lovers did not do 'couply' stuffs like walking hand in hand but tagged along a female friend instead. Later that day, they headed their own ways with Joe visiting the gym before heading home.

Demi recently admitted at Billy Bush's radio show that she was indeed dating one of the Jonas Brothers. Bush asked whether she had ever dated any of them and Demi coyly said, "Maybe?". Shot whether it is Joe, Demi replied, "Yeah. He's actually ...he's my best friend." Shortly after the interview, Demi wrote on her Twitter, "By the way... I would never lie to my fans. I love you all... and I've never been happier. :)"

Fans of the two Disney starlets have crowned the pair with moniker Jemi. They would be seen together on screen again on "Camp Rock 2: The Final Jam" which debuts this summer. 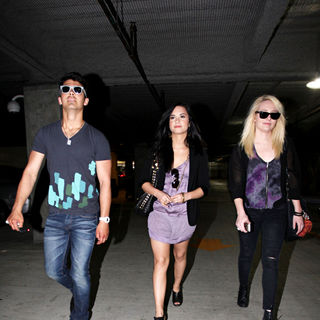 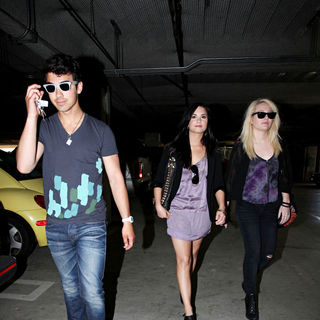 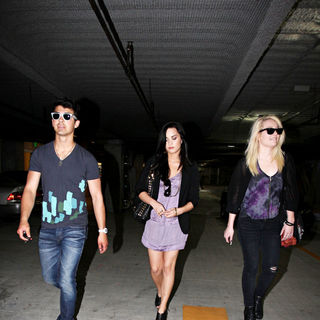