Considered to be one of the leading bands to fuse punk and funk music, Red Hot Chili Peppers (RHCP) is a California-based alternative rock group consisting of Anthony Joseph Kiedis (born on November 1, 1962 in Grand Rapids, Michigan) Michael Peter Balzary or known more as Flea (born on October 16, 1962 in Burwood, Australia), Hillel Slovak (born on April 13, 1962 in Haifa, Israel), and Jack Irons (born on July 18, 1962 in L.A, California). The roots of the band actually reside in the longtime relationship all personnel have built since their years at Fairfax High School around the late '70s during which Slovak recruited Flea to be the member of Anthym, a garage band he established together with Irons and Alain Johannes, while Kiedis provided some readings from his poetry to open the group's show. The unity of Anthym however did not last long as Flea afterward quit to join another called Fear in early '80s, leaving Irons and Slovak to continue maintaining the band which name later changed into What Is This?.

It was not until the year 1983 that these three guys along with Kiedis were reunited upon a friend's sudden request to make a gig at a Hollywood nightclub. Initially calling themselves Tony Flow and the Miraculously Majestic Masters of Mayhem, the foursome then continued to jam together and even managed to gain local notice through their rendition of "Out in L.A." before finally going under the name of Red Hot Chili Peppers. With Kiedis taking the vocal, Flea concentrating on bass, Slovak playing the guitar, and Irons handling the drums, RHCP amazingly were quick to gain a sufficient followers around the Los Angeles music community which eventually gave EMI Records enough reason to sign them later that year without much consideration. However, the first recording had not yet seen the band in its original formation since at that time Irons and Slovak were still committed to What Is This? Therefore, the other members hired Jack Sherman on guitar plus Cliff Martinez on drums in the sessions.

On August 10, 1984, RHCP's debut, a self-titled studio album, was finally released, but presumably weighted by the lack of chemistry among the players, the result inevitably was a commercial failure as the work only sold for 300,000 copies while unable to generate any single hits on the music charts. Undaunted, the group kept going on to create their next effort, this time with Slovak who returned in 1985 and launched "Freaky Styley" on August 16, 1985 only to disappointingly find out that they still failed to make sound in the mainstream rock scene though the album actually fared better than its predecessor. A flicker of hope arose when Irons rejoined them in early 1986 not long after the departure of Martinez, breathing a new optimism toward the band to once again strive for national attention as they were back to original lineup. The outcome was quite satisfying as their third LP, "The Uplift Mofo Party Plan" (1987), made its way to become the quartet's first effort to enter Billboard 200 with 750,000 copies sold in total.

In the middle of this excitement, a tragic incident shockingly occurred on June 25, 1988 when Slovak was found dead for a heroin overdose, consequently bringing such a big impact to the existence of RHCP as Irons, who was devastated on facing his best friend's death, in his grief decided to withdraw from the troupe. Determined to maintain the life of the band, Kiedis and Flea tirelessly sought for the replacement, first inviting drummer D.H. Peligro and guitarist Dwayne "Blackbird" McKnight before eventually appointing Chad Gaylord Smith (born on October 25, 1961 in St. Paul, Minnesota) and John Anthony Frusciante (born on March 5, 1970 in New York) to take over the jobs. With this new formation, the group quickly set out to work on their fourth album which was materialized in "Mother's Milk" released exactly 4 years after their second one. Featuring an energetic mixture of funk, rap, metal and jazz, this record delightfully was able to hit higher on Billboard chart, thanks to modest MTV exposure of its two singles of "Knock Me Down" also "Higher Ground."

Intended to strike it big in their next work, RHCP boldly crossed to Warner Brothers Records in 1990 to come under the keen eye of famed producer Rick Rubin who willingly helped them to construct "Blood Sugar Sex Magik" as their fifth piece of work. Landing on the market by September 24, 1991, it was through this particular album that the band ultimately could embrace the vast recognition they had long waited for it instantly soared to the top 3 of Billboard 200 apart from gloriously spawning several smash hits, including "Under the Bridge" and "Give It Away". These two compositions even led the quartet to secure two nominations at Grammy Awards in 1993, the first in the category of Best Rock Vocal Performance by a Duo or Group while the second in Best Hard Rock Vocal Performance. Amazingly selling 7 million copies worldwide, "Blood Sugar Sex Magik" therefore had truly propelled RHCP not only to national stardom, but also international prominence as well.

Amid this superb attainment, however, Frusciante suddenly concluded to walk out from the band, forcing Kiedis and Flea to once again find the new guitarist to fill in the empty seat. Rolling the position to Arik Marshall then Jesse Tobias, they finally settled on former Jane's Addiction's member, Dave Navarro (born June 7, 1967 in Santa Monica, California), whom they worked hand in hand with to produce "One Hot Minute" (1995). Unfortunately, the record turned out to be the first and the last involvement of Navarro as he, too, left the troupe in 1998 after his six-year stint there to concentrate on his solo project, subsequently giving chance for Frusciante to reclaim his place in RHCP. Enthusiastically welcoming the guitarist back to the lineup, the band then celebrated it through their eighth major album, "Californication" (1999) of which "Scar Tissue" wondrously gave them their second Grammy Award in 2000, this time scoring in the Best Rock Song category.

Also garnering great success in "Californication" follow-up called "By the Way" (2002), RHCP spent the next few years to hold tour and deliver a concert DVD, "Live at Slane Castle" (2003), and their live album debut, "Live in Hyde Park", in 2004. It was not until the year 2005 that the band eventually came up with an intention to make their ninth album. Once again backed up by Rick Rubin, they completed the recording process in 2005, but waited until 2006 to launch the work on May 9 of the year in the States after previously releasing it in some European countries. Entitled "Stadium Arcadium", this double album contained hit song "Dani California" which was previously released as a single and has already become the number one tune on both Billboard Mainstream Rock Tracks and Modern Rock Tracks, creating one more sweet outcome in the band's solid music career.

All the work during the extensive tour for the last album took its toll on the members. The band decided to take a break and moved on with the respective life. Kiedes was a new father, Flea enrolled at the University of Southern California while Smith and Frusciante continued their solo careers. But the love of performing together brought them back together in 2008 when they recorded a new version of Shirley and Lee's classic "Let the Good Times Roll".

Their full reunion did not happen until May 2009 when Kiedis, Flea and Smith performed under the moniker The Insects at 5th MusiCares event to honor the vocalist. Later that year, RHCP were nominated for induction to Rock and Roll Hall of Fame but did not make the cut in the end. While Frusciante was still occupied with his solo career, the rest of the band entered studio for a new album, their tenth. Touring guitarist Josh Klinghoffer was promoted to be their official member when Fruscianted decided to back out for the third time.

Armed with the new guitarist, the band's first live appearance was at 2010 MusiCares honoring Neil Young. Their recording work meanwhile took more than a year to brew. To keep their fans hyped, they released a limited edition of vinyl 7" which features the band's cover of Ramones' "Havana Affair" in April 2011. The tenth album was ready to be announced in June that year with the title "I'm With You". In tow with the revelation, the band said they would go down the road for the first time in four years, visiting Asia, Europe and U.S. with dates up to 2013.

"I'm With You" first single was called "The Adventures of Rain Dance Maggie" and was leaked on July 15, three days ahead of the official release. The song became the band's 12th number one single on the Billboard Alternative Songs chart. To warm-up the album release, the band played an intimate show on three dates in California. The band shot a music video for the first single on the roof on the boardwalk at Venice Beach and prepared for the U.S. release of the album on August 29, 2011. 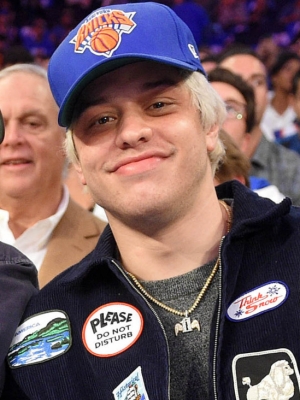