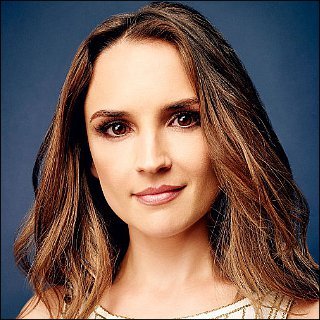 The ugly duckling might have transformed into a charming swan. The young shy Rachael Leigh Cook has become the dazzling, promising actress Hollywood ever has.

Born in Minneapolis, Minnesota on October 4, 1979, Rachael was brought up from social worker and former comedian father, Thomas H. Cook, and a cooking instructor, waiver mother, JoAnne. Together with her only younger brother, Ben, she underwent great days with two cats and a dog.

Her on-screen career journey, apparently, began not on the silver screen, but through modeling. However, it appears that through commercial ads, her acting ability started to develop and get polished. The young Rachael at the age of 10 started to do modeling through agent, and soon afterwards appeared on TV commercial. She had also several appearances on school musicals besides became a printed advertisement model for four years on local basis.

Her most nationally notable appearances were appearing in the advertisement for Target Stores and on the boxes of Milk-Bone dog biscuits as the cover. Besides that, there was another unforgotten piece of her in TV ads, where she was featured in an indelible anti-drugs campaign. Her acting and expression in smashing eggs with a frying pan in the anti-drugs ads later brought her to her first screenplay debut.

Rachael's movie-debut entitled “Baby-Sitters Club” in 1995, and the Club, then, brought her to star in eleven movies within the next three years. Drama or blockbuster movies were not the only one she was getting involved in. It is noted that Rachael once joined in a short movie in 1996 entitled “26 Summer Street”. In fact, the short movie finally assured her to the new area where she was hooked on; none other than acting.

Her fame soared when she took part in the 1999 blockbuster movie, “She's All That”. Was the first person recruited for the flick, Rachael proven good her acting skills as the character of Laney Boggs she played led her to receive several nominations, among them were the 1999 MTV Movie Award for the category of Best Breakthrough Female Performance and Best On-Screen Duo which she shared with her opposite Freddie Prinze Jr.. That's not all, the beauty also was granted the Blockbuster Entertainment Award in 2000 for the category of Favorite Actress – Newcomer.

After since, Rachael was hooked up to piles of movie project with other famous Hollywood superstars. Some of them was the 2000 “Get Carter” together with Sylvester Stallone, where she played as Doreen. Then, another notable movie of her was the 2001 “Jossie and the Pussycats”, where she played the character of Jossie McCoy. The next movie, also in the same year, “Texas Rangers” brought her to James Van Der Beek who later recommended her to the producers of the smashing TV series, “Dawson's Creek”. Rachael appeared for three episodes in the series.

Taking a look into her private life, Rachael is the spouse of actor Daniel Gillies since they exchanged vows on August 14, 2004. Both of them started to date in December 2003. Previously, Rachael has been seeing other actors, like Vincent Kartheiser, Ryan Reynolds, Shane West and Rider Strong.