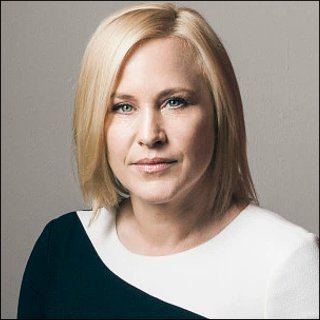 Throughout her entire acting career, Patricia Arquette has explored a wide range of characters be it in big screen flicks, televisions, and independent projects. She first gained critical acclaim through her starring role as Alice Guthrie in the 1991 TV movie "Wildflower", for which she earned a CableACE Award for Best Actress in a Miniseries or a Movie. In 1993, she starred in comedy crime film "True Romance" and was nominated for Best Actress Saturn Award as well as Best Kiss MTV Movie Award that she shared with Christian Slater.

Patricia continued tackling various roles in the next years, acting in commercially success films, like "Ed Wood", "Flirting with Disaster", "Infinity", "Nighwatch", "Stigmata", "Bringing Out the Dead", and "Little Nicky". She, moreover, was also recruited to star in "Human Nature", "The Badge", "Tiptoes", "Fast Food Nation", as well as "Boyhood".

In addition to films, Patricia had also guest starred on TV features, including "The Outsiders", "Law & Order: Special Victims Unit", "Boardwalk Empire", "CSI: Crime Scene Investigation", and also "CSI: Cyber". Among all of those, the one most notable was "Medium". She portrayed Allison Dubois and remained in the series for a total of 130 episodes from 2005 to 2011. She successfully won a Primetime Emmy Award for Outstanding Lead Actress in a Drama Series and earned multiple nominations, one of which was a Golden Globe Award for Best Actress - Television Series Drama.