The uncensored sneak peek takes viewers inside the madness of the Golden Age era as Pitt's egomaniacal character and Robbie's Hollywood hopeful alter ego are forced to grapple with an evolving industry.

AceShowbiz - Brad Pitt and Margot Robbie are returning to Hollywood's silent era in the first trailer of "Babylon". From Damien Chazelle, the man behind 2016's Oscar-winning musical drama "La La Land", the upcoming epic period film is set in 1920s and traces the rise and fall of multiple stars in Hollywood during the transition from silent films to talkies.

At the center of the story are Pitt's Jack Conrad and Robbie's Nellie LaRoy. An egomaniacal super star, Jack declares, "When I first moved to Hollywood, the stars on all the doors said 'No actors and no dogs allowed.' I changed that."

Meanwhile, Nellie is an ambitious coke-snorting up-and-comer who wants "everyone to party forever." In another scene, Jack proclaims, "You know what we have to do? We have to redefine the form, map those dreams and print them into history. Look up and say: Eureka! I am not alone," just before he falls ass-backwards off of a balcony.

The uncensored trailer is full of glitzy party scenes complete with topless women and jazz music. Being the life of a party, Robbie's character commands attention at a pool party by yelling, "Listen up all you big d**k-ed Mr. men. Who wants to see me fight a f**king snake?" Jack, with drink in his hand, shouts, "F**k, yeah!"

"Babylon" marks Chazelle's first film since 2018's "First Man", which received positive reviews but did not resonate with the audience. The filmmaker said at the TIFF on Monday, September 12, "After the quietness of 'First Man', I wanted to do something boisterous and loud... We want to do away with pre-conceptions of the era."

Famous Dex Heads Straight to Rehab After Released From Jail

Brad Pitt Could See His Own Wariness in 'Babylon' Character 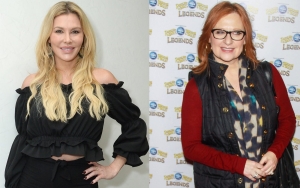 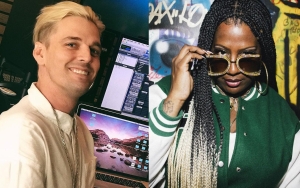