Why Queen Elizabeth Spent Her Final Days at Balmoral, Not Buckingham Palace

The longest-reigning monarch died at age 96 on Thursday, September 8 at Balmoral Castle, Scotland, which is widely thought to be the Queen's favorite residence.

AceShowbiz - Queen Elizabeth was probably at the place she best called home when she died. The longest-reigning monarch passed away at age 96 on Thursday, September 8 at Balmoral Castle in Scotland, instead of at her official main residence, Buckingham Palace in London.

The Queen's stay at Balmoral amid her declining health wasn't something unusual as it had been the tradition that she made her annual retreat north to Scotland for a multiple week-long holiday at Balmoral Castle at the end of every summer. This year, she traveled there from her residence in Windsor at the end of July.

With her royal duties having been scaled back under doctor's orders lately, it's likely that she extended her stay at Balmoral, which is widely thought to be the Queen's favorite residence. The monarch loved the sprawling, 50,000-acre Balmoral, calling the home her "paradise in the highlands," according to Perthnow, an Australian website.

Echoing the sentiment, her granddaughter Princess Eugenie said in the recent documentary "Our Queen At Ninety", "I think Granny is the most happy there. I think she really, really loves the Highlands." The 32-year-old princess described it as "the most beautiful place in the world."

The Queen used to be joined by other royal family members, such as the late Prince Philip and their children, at the castle. "Walks, picnics, dogs-a lot of dogs, there's always dogs-and people coming in and out all the time," Eugenie continued detailing their activities at the retreat home. "It's a lovely base for Granny and Grandpa, for us to come and see them up there, where you just have room to breathe and run." 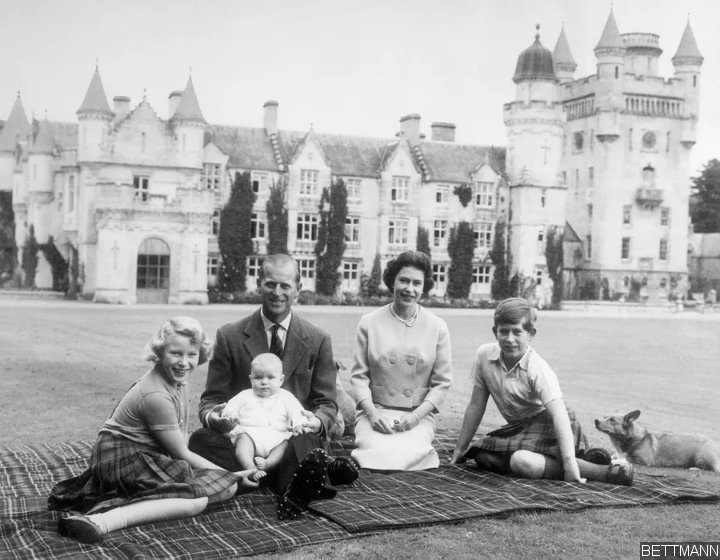 Balmoral Castle is located in Aberdeenshire, approximately 50 miles west of the city of Aberdeen. The privately-owned property was first acquired by Prince Albert for his wife Queen Victoria in 1852. While Queen Victoria loved the estate, it quickly became apparent that the existing buildings were too small. Construction on a new and larger castle began shortly after the purchase and the work was finished in 1856.

The family has continued to add buildings and land, and as of 2022, the Balmoral estate contains about 150 buildings. When Queen Elizabeth and Prince Philip took over the estate, the late Duke of Edinburgh created a large vegetable garden next to Queen Mary's flower garden, started a plantation of oak, built a flowered paved walkway, and made a water garden.

Just two days before her death, the Queen appointed the new prime minister, Liz Truss, at Balmoral for the first time in her 70-year reign instead of traveling to London for the occasion.

The Queen's death was announced on Thursday at around 6:30 P.M. local time while mourners gathered outside Buckingham Palace. Double rainbows appeared over the home amid the tears from royal family fans, bringing a sense of calm during the sorrow.