The 'Young Money Reunion' show was initially set to take place on August 1 at Drake's OVO Fest in Toronto but he was forced to postpone it because he had contracted COVID-19 for the second time.

AceShowbiz - Drake is now safe from COVID-19. Announcing that he has tested negative for the coronavirus, the Canadian hip-hop star unveiled a new date of the "Young Money Reunion" show with Lil Wayne and Nicki Minaj.

The 35-year-old Grammy winner made the announcement on Instagram on Thursday, August 4. He noted that the gig, which is part of his "October World Weekend: Road to OVO Fest Tour" event, will take place on Saturday, August 6 at Budweiser Stage.

"Negative test…positive outcome…this was the only date available until the fall and because the family is so solid everybody is flying back in to make it happen for you all," Drake wrote in the caption. "SEE YOU SATURDAY…young moulaaa."

The "Young Money Reunion" show was initially set to take place on August 1 at his OVO Fest in Toronto. However, he was forced to postpone it because he had contracted COVID-19 for the second time.

In a lengthy statement posted on his Instagram ahead of the scheduled gig, Drake told fans he was "truly devastated" over the cancellation. He added, "I am truly devastated to say that I tested positive for Covid and the 'Young Money Reunion' show scheduled for tonight is being rescheduled to the SOONEST date possible. I will keep the city posted and share the new date whenever we have it locked."

"Until then I hope everyone stays safe and healthy and I love you all I am so sorry for letting you down on our weekend together and the moment I test negative I will give you everything I got on stage (except the Covid)," he concluded his message.

Two days later, Drake playfully called out DirectorX when commenting on DJ Khaled's post. The black-and-white picture showed the Roc Nation artist hanging out with the ailing rapper and the music video director to promote his new track "Staying Alive".

"Thursday midnight ITS NEAR [email protected] feat @champagnepapi @lilbaby #STAYINGALIVE #GODDID," DJ Khaled captioned it. Surprisingly, Drake made use of the post to expose DirectorX as the culprit of his latest health issue as he commented on it, "This is the exact moment X gave me Covid." 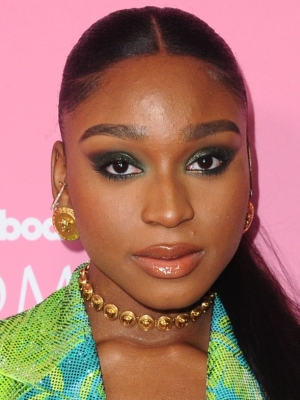