In a lengthy statement posted on his Instagram ahead of the scheduled gig, he shares he's 'truly devastated' after canceling the show, which was initially set to take place on August 1 at his OVO Fest in Toronto.

AceShowbiz - Drake has contracted COVID-19 for the second time. The 35-year-old rapper announced he was being forced to postpone his highly anticipated "Young Money Reunion" show, which was initially set to take place on Monday, August 1, at his OVO Fest in Toronto.

In a lengthy statement posted on his Instagram ahead of the scheduled gig, he told fans he was "truly devastated" over the cancellation. Drake added, "I am truly devastated to say that I tested positive for Covid and the 'Young Money Reunion' show scheduled for tonight is being rescheduled to the SOONEST date possible. I will keep the city posted and share the new date whenever we have it locked."

He concluded, "Until then I hope everyone stays safe and healthy and I love you all I am so sorry for letting you down on our weekend together and the moment I test negative I will give you everything I got on stage (except the Covid)." 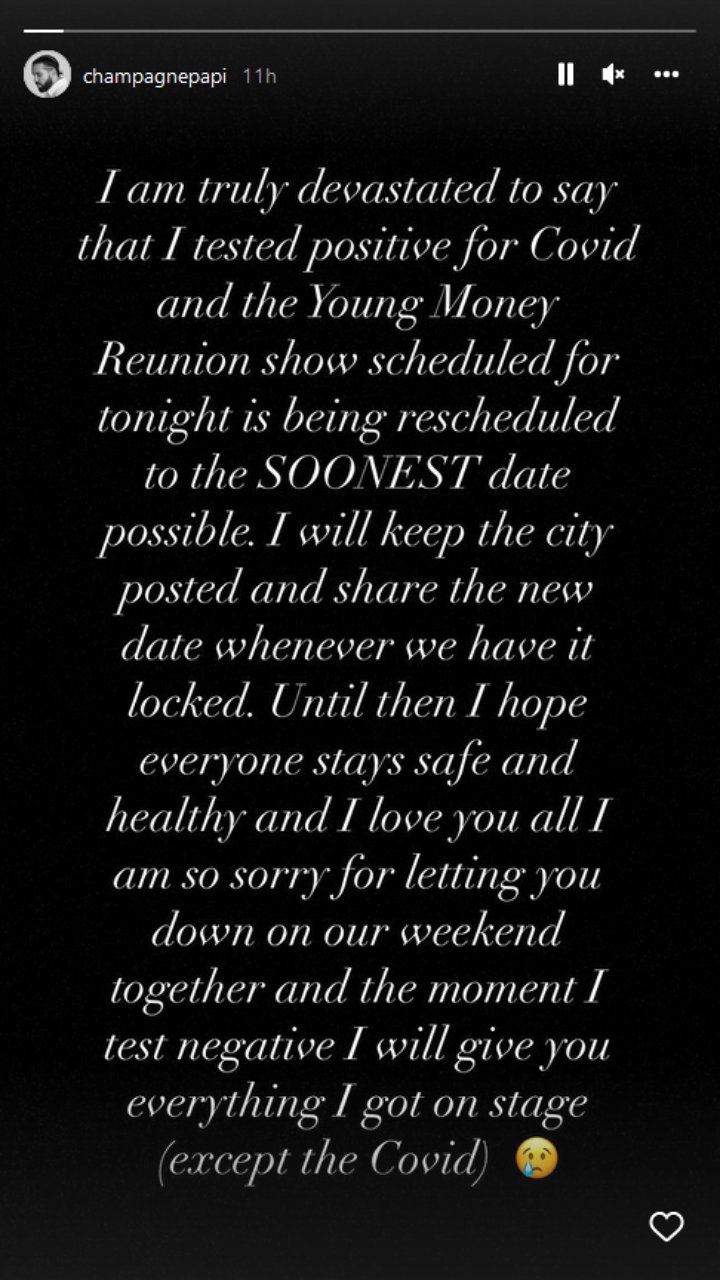 Drake first contracted COVID in the summer of 2021. His "Young Money Reunion" show would have marked the first time in seven years Drake would have been joined on stage by Lil Wayne and Nicki Minaj. Days before his second positive Covid diagnosis announcement, Drake performed with Nelly Furtado at his OVO Fest in his hometown of Toronto.

In August 2021 the dad-of-one shared news he had COVID after posting snaps of him with a heart shape shaved into his head, with his hair slowly regrowing to cover up the pattern. He said, "I had Covid that s*** grew in weird I had to start again. It's coming back (his hair) don't diss." 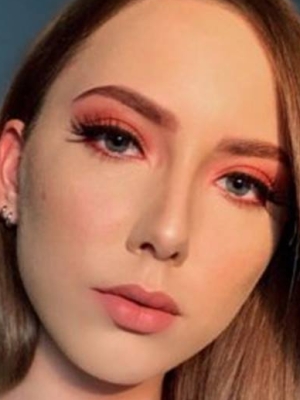 Artist of the Week: Sofia Carson