Both the Instagram model and Justin Combs share pictures of the beautiful scenery from Mykonos, Greece after she brushed off the speculation that she and the rapper had called it quits.

AceShowbiz - Chaney Jones may be over Kanye West now after all. The model, who was romantically linked to the rapper since the end of his fling with actress Julia Fox, has sparked dating rumors with Sean "P. Diddy" Combs' son Justin Combs.

The dating speculation between Chaney and Justin arose as the two appeared to be vacationing in Greece together. Both of them have shared pictures of the beautiful scenery from Mykonos.

On Sunday, July 17, Chaney posted on her Instagram account a picture of her flaunting her curves in a green bikini while soaking in the water. Serving as the backdrop was the stunning view of the sunset in the ocean.

Justin, meanwhile, took to his Stories to offer glimpses of his European trip. He shared several pictures of the ocean, both taken in the day and in the night. 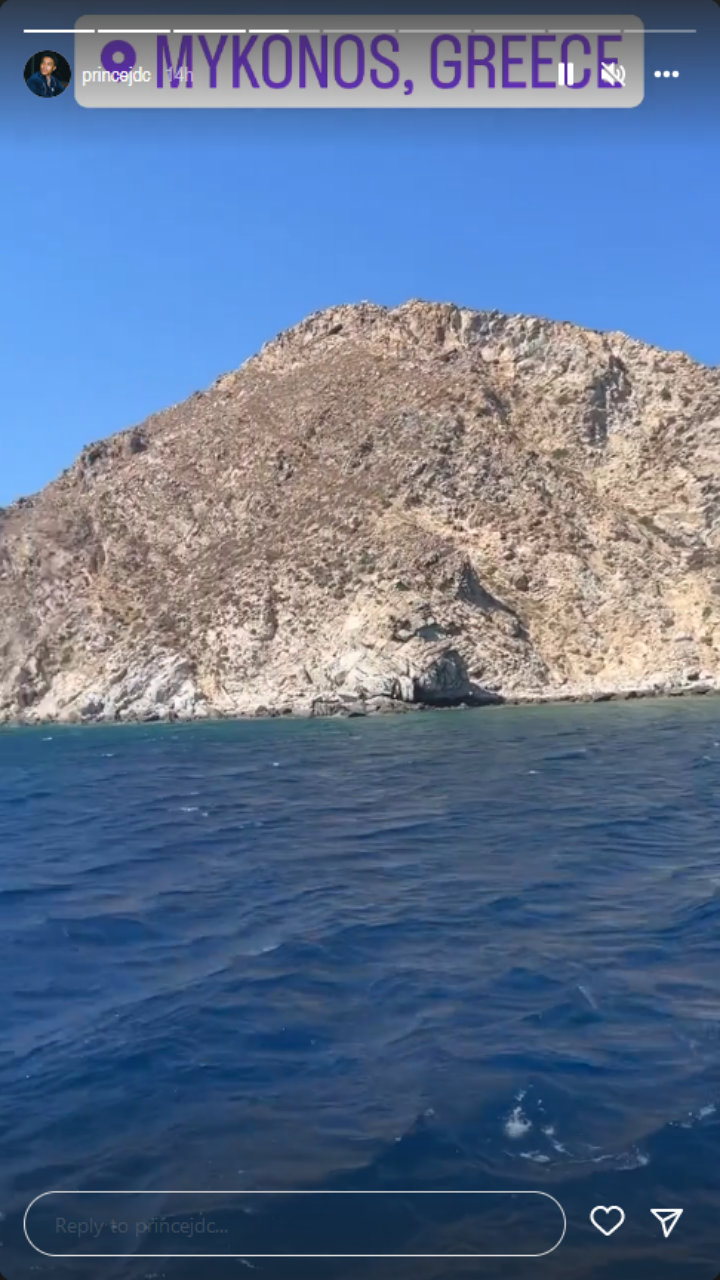 Justin Combs shared a picture from his vacation in Greece.

While neither Chaney nor Justin was featured in each other's photos, this wouldn't be the first time they've been around each other. At the end of June, the social media personality posted a video of her playing football in a bikini with Diddy's 28-year-old son. However, the hip-hop mogul's other child, Christian Combs, also joined in on the fun at the time.

Chaney and Kanye were reported to have separated in June after only four months of dating. News of the alleged split came a few days after the Yeezy designer took a trip to the cinema to watch "Top Gun: Maverick" with beauty influencer Monica Corgan.

Seemingly debunking the breakup rumors, Chaney posted a sweet birthday tribute to him on June 8. "Happy birthday baby," she wrote along with a single black heart emoji. She then professed her love to the rapper as saying, "I love youuuuu."

However, Chaney and Kanye have not been spotted together since their trip to Japan back in May. Additionally, fans noticed that she took down all her photos with Kim Kardashian's ex-husband from her Instagram page.