The 39-year-old grime artist, who reportedly dated the 'Easy on Me' songstress between 2019 and 2021, takes to social media to ask for prayers following his hospitalization.

AceShowbiz - Adele's ex Skepta has been rushed to hospital with a mystery illness. Taking to Instagram where he posted a picture of his lower half in a hospital gown, the 39-year-old grime artist asked his three million followers for support. 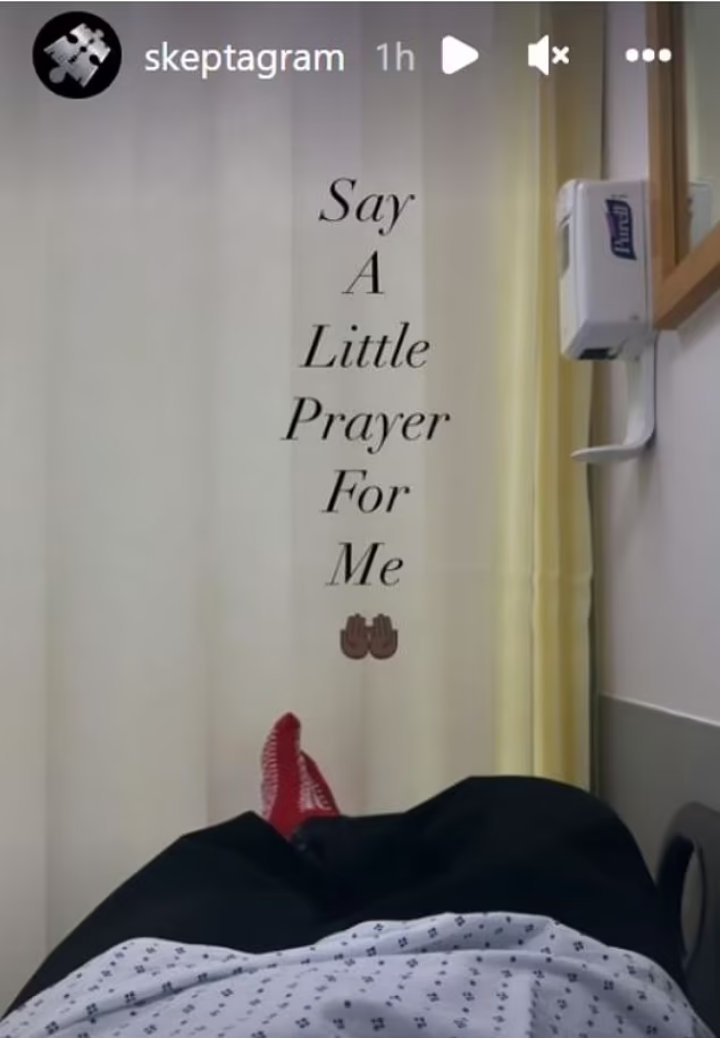 Skepta is currently on a world tour and is due to appear at the Rolling Loud Festival in Portugal on Thursday, July 7. He, however, has not confirmed whether he will eventually take to the stage, nor has he divulged anything further regarding the illness.

The "Rescue Me" MC, whose real name is Joseph Olaitan Adenuga Jr., has a three-year-old daughter from a previous relationship but was first linked to the "Easy on Me" hitmaker in 2019. He was spotted shopping with her, although she was said to have denied that the relationship was ever official.

London-born Adele, who has nine-year-old son Angelo from her former marriage to Simon Konecki, moved to Los Angeles in back in 2016. She was first spotted with new boyfriend Rich Paul back in July 2021, but was said to have "grown close" to Skepta when they met back in 2019.

"Adele and Skepta have grown close in recent months and have been seeing a lot of each other. She's been in England, and she gave him a beautiful gold chain for his birthday," a source said. "He was showing friends the chain and seemed pretty hyped about it. While they're not officially in a relationship, they are very close."

Skepta Hints at Giving Up Music