While the British model and actress has removed the post, which sees her getting candid about getting her heart broken, a fan has screenshotted the alleged post and later posted it on Twitter.

AceShowbiz - Does Suki Waterhouse shade her ex Bradley Cooper on TikTok? Her fans think so. In a clip, which has since been deleted, the model appeared to throw a subtle shade at the actor as she got candid about getting her heart broken.

While Suki has removed the post from her page, a fan had screenshotted the alleged post and later posted it on Twitter. The clip saw the blonde beauty using a filter that puts beard on her face. "Can't believe I let someone who looks like me with this filter break my heart," so she wrote over the picture. 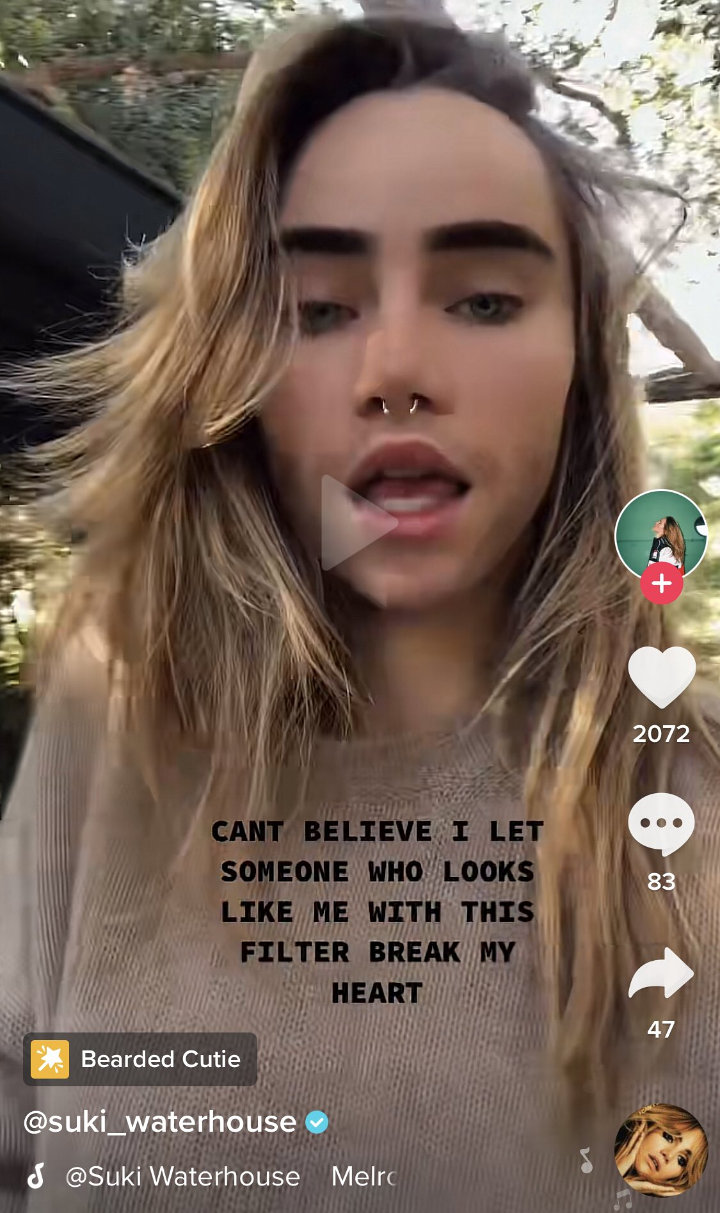 Suki didn't name name in the post, but fans quickly assumed that she was referring to the "A Star Is Born" actor. "Bradley Cooper besties," one fan said in a comment. The model apparently confirmed it by liking the comment.

Suki and Bradley were first linked together in early 2013. After the news of their romance broke out, the then-couple hit red carpet together a few times.

Suki, however, refused to talk about her alleged romantic relationship with the "Silver Linings Playbook". "The Bad Batch" actress, who is currently dating Robert Pattinson, told Elle U.K. At the time, "I don't talk about my boyfriend because it's boring," she said.

"At least, that's what I decided to tell you when you asked. I do think whatever I say will sound weird. But the truth is, if I start talking about him, I probably won't be able to stop. And I don't really want to talk about him, you know?" the British star added.

The pair dated for more than two years before they split in March 2015. A source claimed to E! News that they "remain friends but they both want different things."

Suki Waterhouse Shares She Found Peace While Working on Music