The professional boxer, who shares 22-year-old Atiana De La Hoya with the former pageant queen, addresses the matter during a QnA session on Instagram Story.

AceShowbiz - Oscar De La Hoya has addressed a claim suggesting that Travis Barker has "raised" his daughter. The professional boxer, who shares 22-year-old Atiana De La Hoya with ex Shanna Moakler, let fans know that he wasn't offended by it.

The 48-year-old weighed in on the matter during an Instagram Q&A session on Wednesday, December 1. When a fan asked, "How do you feel about Travis claiming he raised your daughter," the boxing promoter replied, "I have nothing but respect for my man @travisbarker." 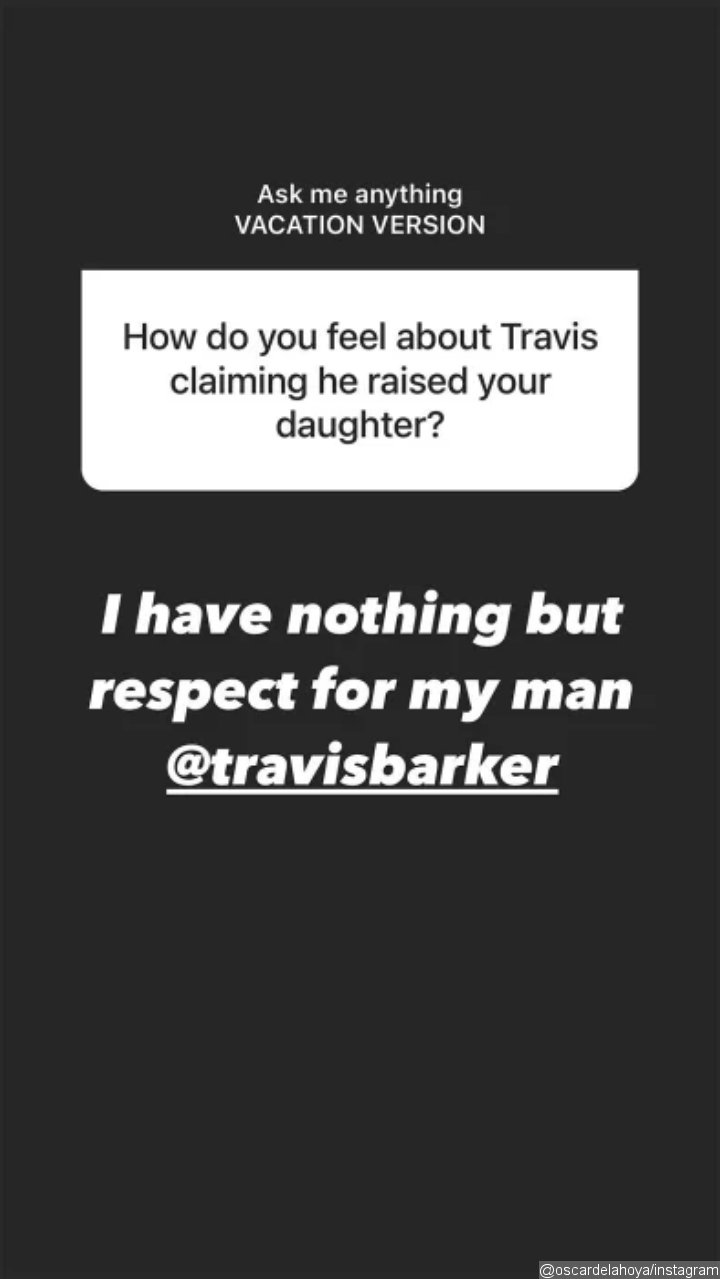 Oscar and Shanna began dating in October 1997 and went public with their engagement one year later. The former couple then parted ways in 2000. As for Shanna and Travis, they were married from 2004 to 2008.

While Travis has never publicly stated that he "raised" Atiana, he indeed has a close bond with the model, who was just 5 years old when he married Shanna. The Blink-182 drummer himself shares 18-year-old son Landon and 15-year-old daughter Alabama with the former pageant queen.

Travis' three children are also bonding well with his fiancee, Kourtney Kardashian. Recently, Alabama shared a slew of pictures of the entire family and the reality star. The photos saw them twinning black puffer jackets for the unknown occasion. The teenager left nothing but a camera emoji in the caption.

Prior to the outing, the group enjoyed a getaway in Mexico for the rocker's 46th birthday celebration. "The kids got along well. Alabama was playing with [Kourtney's 6-year-old son] Reign and really sweet with him. They left Kourtney and Travis alone for some one-on-one time and Alabama took Reign and [Kourtney's 9-year-old daughter] Penelope to the pool," an eyewitness told E! News.

"They all seemed very friendly and like they were having fun together," the unnamed source went on explaining. "The younger kids looked up to the older kids and they looked like one big happy family."