The sportswear giant has opted to postpone the launch of Air Max 1 x Cactus Jack after 10 people died as a result of the chaos at the 'Sicko Mode' hitmaker's Houston, Texas festival.

The sportswear giant's executives have opted to postpone the launch of the Air Max 1 x Cactus Jack release next month (December 2021) after 10 people died as a result of the chaos at Scott's Houston, Texas festival on November 5.

The sneakers were scheduled to go live on December 16.

"Out of respect for everyone impacted by the tragic events at the Astroworld Festival, we are postponing the launch of the Air Max 1 x Cactus Jack," a Nike spokesman says.

The decision comes after nine-year-old Ezra Blount became the 10th concertgoer to lose their life as a result of the tragedy at Astroworld. 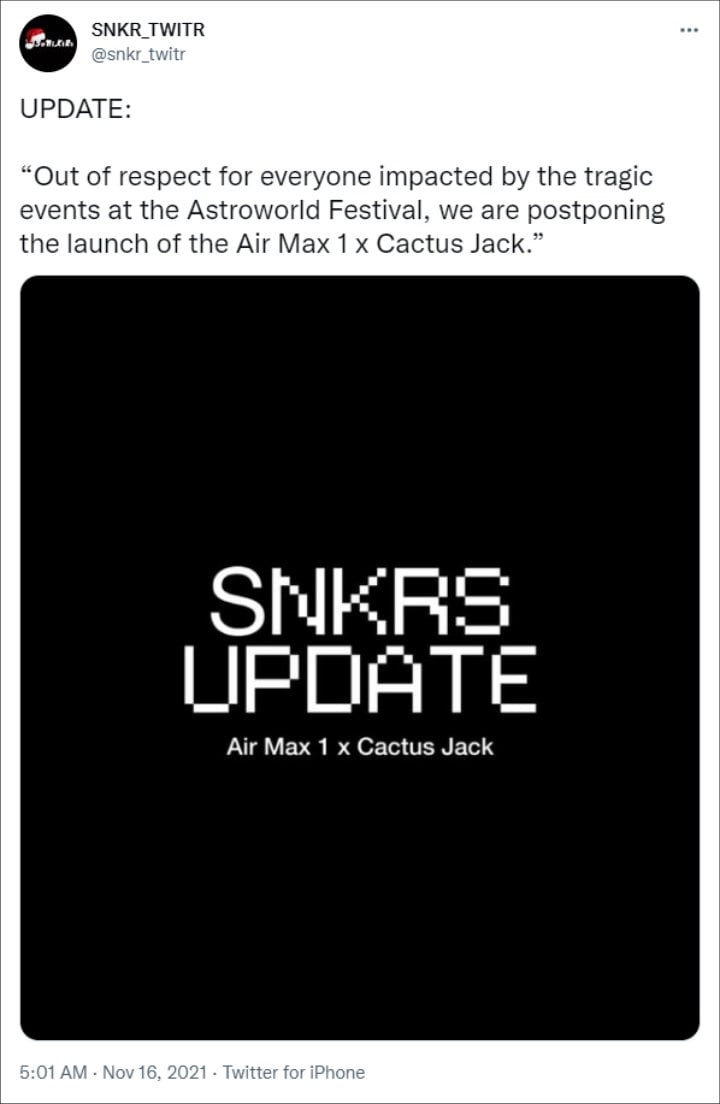 Travis and Live Nation are reportedly facing more than 100 lawsuits in the wake of tragic deaths at Astroworld Festival. Some other also named Drake, whose real name is Aubrey Drake Graham, in their lawsuit as he was on stage performing with the Houston artist.

Also facing lawsuit in the wake of the incident are Scott’s record company, Cactus Jack Records, a Houston production company called Scoremore LLC, producer Sasha Stone Guttfreund, and the stadium's management company, ASM Global, as well as the owner, Harris County Sports and Convention Corporation. A Northbridge, California-based firm called Contemporary Services Corp., known as "the leader in crowd management," is also facing heat in some of the suits.