The 'Oops!... I Did It Again' hitmaker and her husband-to-be seemingly get broody following their engagement as the couple show off a 'baby' doll on Instagram.

AceShowbiz - Britney Spears and her fiance Sam Asghari have shared their new bundle of joy - a baby doll.

On Monday (27Sep21), the "Gimme More" singer and her husband-to-be joked that they'd had a baby and asked fans for name suggestions.

Asghari posted a video of Britney dancing with and kissing the doll on his Instagram Story and said, "Oh, look at that! You look just like each other."

In another clip, the fitness trainer praised his new baby daughter's dancing skills as his fiancee laughed, adding, "She's talented, got that choreography down. She's a natural like her mama." 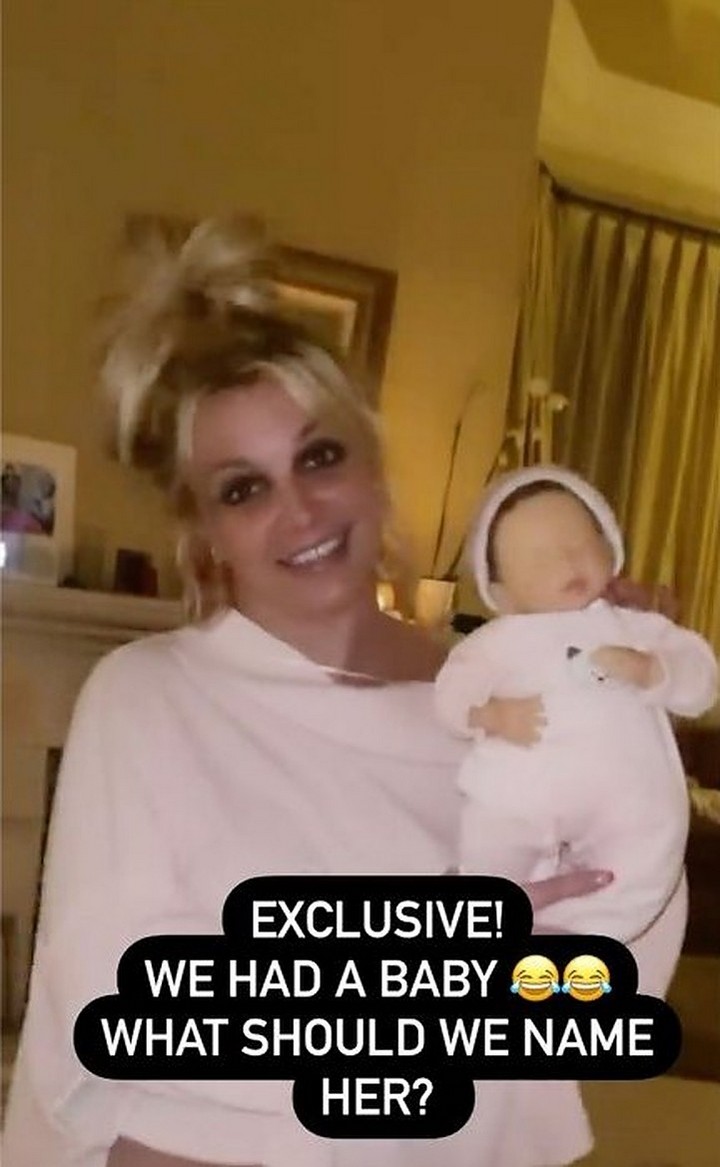 The "baby" footage is particularly interesting as Britney claimed her father Jamie and his conservatorship team had prevented her from starting a family with Sam when she testified against her father in court in June (21).

"I don't feel like I can live a full life," the singer said of the conservators, who have controlled her personal and financial decisions since 2008. "I want to be able to get married and have a baby."

After five years of dating, Sam proposed to Spears on 12 September and Britney proudly showed off her engagement ring on social media.

The "Lucky" hitmaker is already a mum to Sean Preston, 16, and Jayden James, 15 - her sons from her marriage to Kevin Federline.

Britney will face off with her father again in court on Wednesday as she battles to end her conservatorship, following his decision to step down as her chief guardian and decision maker.