In the epsiode, the conservative commentator brings two special guests, her mom, Cindy McCain, and Arizona Sen. Kyrsten Sinema, to celebrate her last day on the ABC daytime talk show.

In her final speech, Meghan said, "Thank you all so much, again, for the privilege and honor it has been for the past four years to work on this show. It really has been incredible. It will be on, you know, it'll be referenced in everything I do for the rest of my life." She also gushed over her co-hosts, "You women have been so incredible to work with."

She concluded, "Thank you all from the bottom of my heart, and I hope that our executive producer, Brian, can forgive me for making his blood pressure rise for the past four years as much as I probably have."

Meanwhile, Cindy gushed over her daughter in the outing, saying, "I am so proud of Meghan. What I look forward to, in many ways, is to see more of her and to certainly see more of my granddaughter, Liberty." She added, "I love her independence."

The 67-year-old also believed that her late husband and Meghan's father, John McCain, "would be so proud of her." Cindy continued, "He wanted her to have an opportunity to really express herself and spread her wings a little more. It was really his suggestion and his idea that she do this when offered the job and I know he's really proud of her right now. I know he is."

"I wish you the best in whatever endeavor she chooses to do, but I'm glad she chose a little bit of family over too much work right now. It's important," Cindy concluded.

Meghan announced her exit from "The View" earlier this year. Throughout her stint on the show, Meghan made headlines several times over her tense argument with co-hosts Whoopi Goldberg and Joy Behar. 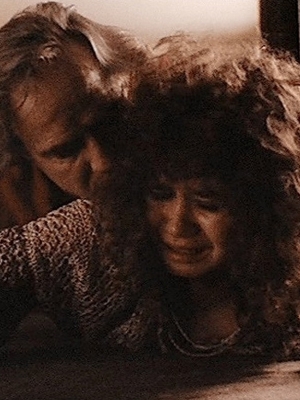