The 'Livin' la Vida Loca' hitmaker, who was not ready to reveal his sexuality at that time, admits to feeling 'violated' when the former host on 'The View' asked him if he was gay.

AceShowbiz - Ricky Martin has gotten candid about his unpleasant interview with Barbara Walters. Revealing that the former host on "The View" forced him to come out on national television back in 2000, the "Livin' la Vida Loca" hitmaker admitted to suffering from "PTSD" after that.

Sitting down with PEOPLE, the 49-year-old first recalled the moment when the journalist urged him to "stop these rumors" and define his sexuality. He quoted her as saying, "You could say, 'Yes I am gay or no I'm not,' " to which he replied at that time, "I just don't feel like it."

The former coach of "The Voice" Australia then told the outlet, "When she dropped the question, I felt violated because I was just not ready to come out. I was very afraid." He further claimed, "There's a little PTSD with that."

"A lot of people say, what would you do differently?" he said. "Well, maybe I would have come out in that interview. It would've been great because when I came out, it just felt amazing. When it comes to my sexuality, when it comes to who I am, I want to talk about what I'm made of, about everything that I am. Because if you hide it, it's a life-or-death situation."

Ricky previously addressed the interview when speaking on "Watch What Happens Live with Andy Cohen". "Have you seen that video? It's horrible, to be honest," he argued. "I felt like she was knocking, like, punch after punch after punch - it was really uncomfortable, to be honest. But then again I look at it, and I'm like, why didn't I say yes back then? Just say yes, I'm gay, who cares, you know what I'm saying?"

Barbara herself has already expressed her remorse for "pushing" the musician. "In 2000, I pushed Ricky Martin very hard to admit if he was gay or not, and the way he refused to do it made everyone decide that he was. A lot of people say that destroyed his career, and when I think back on it now I feel it was an inappropriate question," she told Toronto Star in 2010. 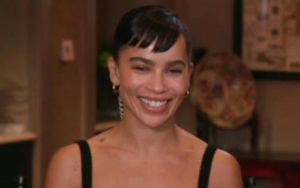