The former Little Mix member has reportedly been busy working with Patrick Patrikios and Hanni Ibrahim, the songwriters who worked on her group's 2016 hit single 'Touch'.

AceShowbiz - Former Little Mix star Jesy Nelson is at the center of a bidding war between rival record labels, according to new reports.

The singer left the girl group in December 2020, citing struggles with her mental health, but she recently kick-started a solo career with a handful of recording sessions and she's already in demand at various record labels, who are keen to secure her signature.

A source told The Sun on Sunday newspaper, "Jesy's tracks have got the music industry in a spin and she has big-money offers on the table from a few key record labels all desperate to sign her. It's an exciting time for Jesy as she's in a great place and has loved being creative in the studio."

"If all goes to plan she'll have music out this year and will have some sure-fire hits. The world is her oyster."

In recent weeks, Jesy has been busily working with the likes of Patrick Patrikios and Hanni Ibrahim - songwriters who worked on Little Mix's 2016 hit single "Touch". She has also shared a clip of her working out via Instagram Story. In the footage, she could be seen focusing on her boxing session. Over it, she wrote a caption that read, "We back at it." 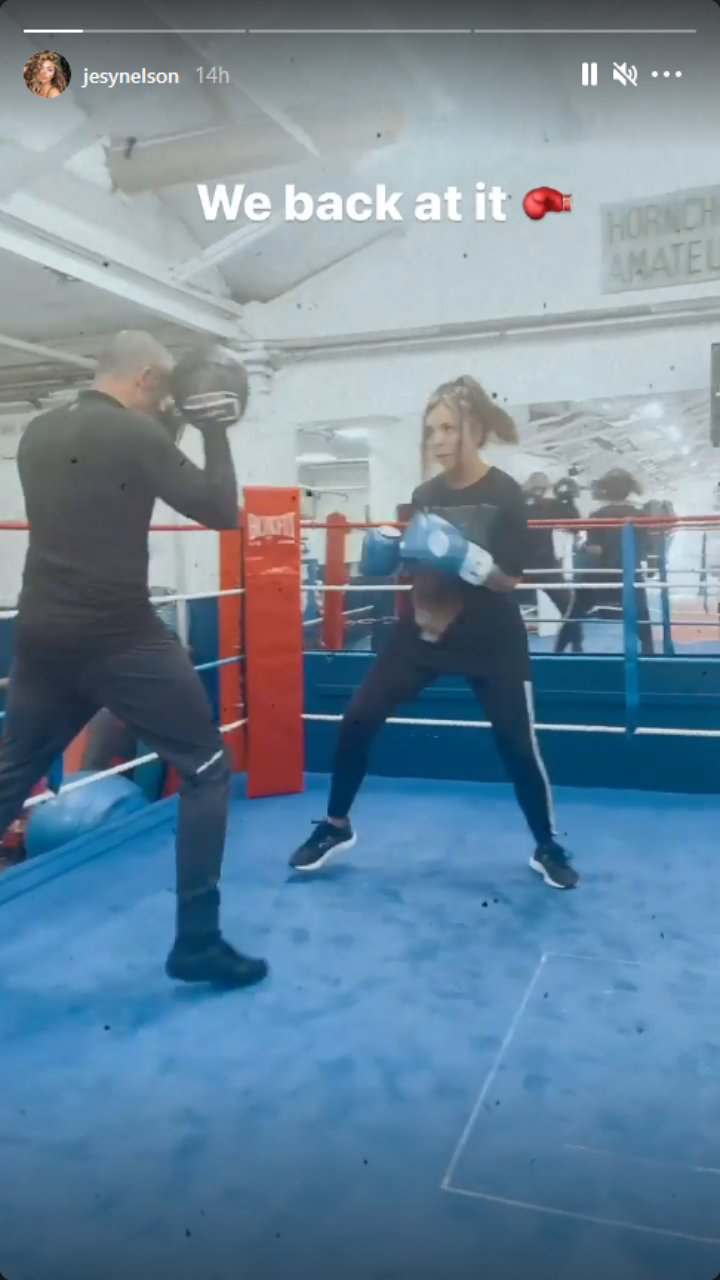 Jesy announced her decision to quit Little Mix via a lengthy statement posted on her Instagram account in December, explaining, "I need to spend some time with the people I love, doing things that make me happy."

The remaining members of the group - Jade Thirlwall, Perrie Edwards and Leigh-Anne Pinnock - came out in support of her decision to walk away from the band, while announcing they planned to continue as a trio.