Aside from thanking those who have reached out to her following her ex-boyfriend's revelation about his sexual orientation, the 'Bachelor' alum confirms that she did take a week off from YouTube.

AceShowbiz - Cassie Randolph is grateful for the kind support her fans and followers have been showering her with. Two days after her ex-boyfriend Colton Underwood publicly came out as gay, the season 23 winner of "The Bachelor" broke her social media silence.

On Friday, April 16, the 25-year-old took to Instagram to express her gratitude. Although she did not directly make a reference at her ex-boyfriend, she did write in her Story, "Thank you everyone for the kind comments and messages. It means so much." 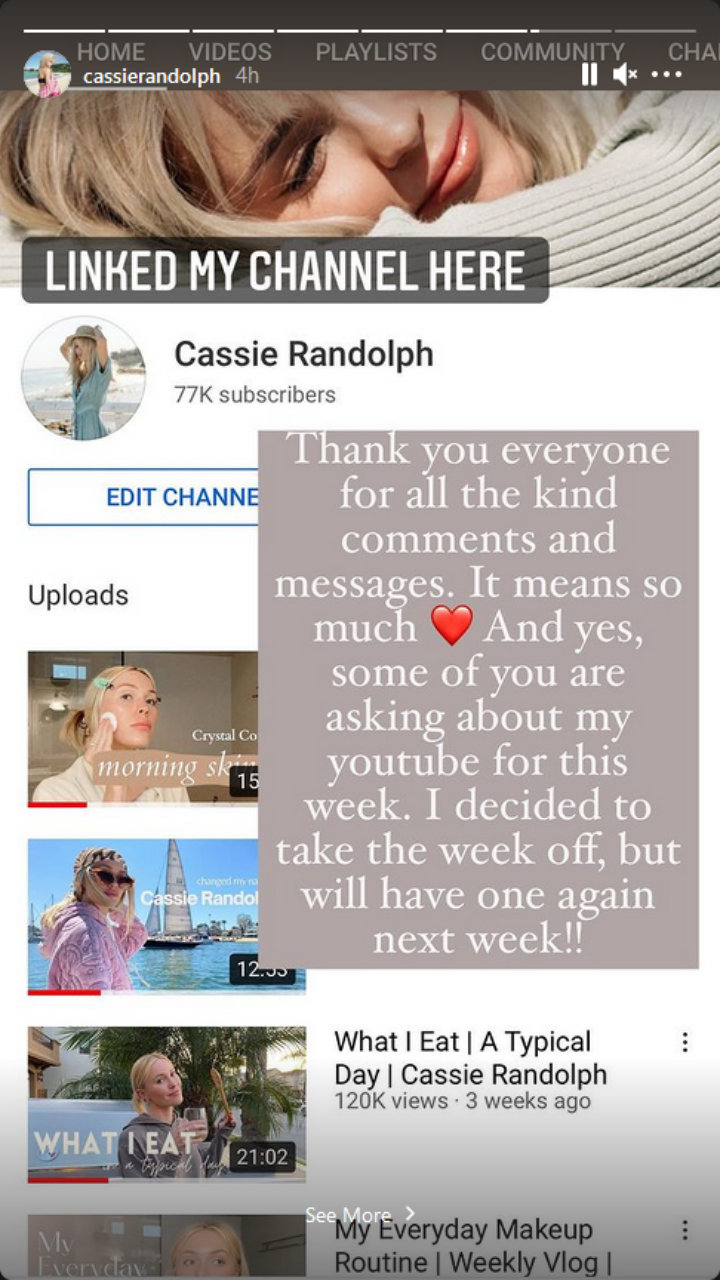 Cassie Randolph expressed her gratitude for kind support from fans and followers via Instagram Story.

In the same Story, Cassie included a link to her YouTube channel. "And yes, some of you are asking about my YouTube for this week," she addressed her disappearance by explaining, "I decided to take the week off, but will have one again next week!!"

Cassie's Story came just an hour after she shared an Instagram photo of herself sunbathing in Mexico. In the caption of the post, she simply put a butterfly emoji. A few hours earlier, she shared an image of her and sister Michelle Randolph during their beach vacation in Cozumel. She captioned the photo, "Bffs."

Cassie's ex Colton shared the truth about his gender orientation on April 14 during an appearance on "Good Morning America" with Robin Roberts. In the interview, the former NFL athlete also highlighted the bad decisions he made while dating Cassie. "I would like to say sorry for how things ended. I messed up," he said. "I made a lot of bad choices."

"If I'm being very honest, I loved everything about her," the 29-year-old who was dubbed the "virgin Bachelor" in the show told host Robin. He further explained that the feelings he shared for Cassie "only made it harder and more confusing" for him as he had to deal with his "internal fight."

"And it's hard for me to articulate exactly what my emotions were going through that relationship with her because I obviously had an internal fight going on," he stressed. "I would just say I'm sorry from the bottom of my heart. I'm sorry for the pain and emotional stress I caused. I wish it wouldn't have happened the way it did. I wish that I would have been courageous enough to fix myself before I broke anybody else." 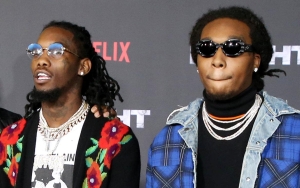