The supermodel has left many cooing over a photo of her baby girl, whom she shares with Zayn Malik, wearing a cute gray rabbit outfit complete with floppy ears and a puffy tail.

AceShowbiz - Gigi Hadid has celebrated her first Easter with daughter Khai. In commemoration of the special moment, the longtime partner of Zayn Malik dressed her sweet baby girl in an adorable gray bunny-themed outfit and shared the photos with her more-than-65-million followers.

On Sunday, April 4, the 25-year-old turned to Instagram to share the adorable image. In the post, Khai, whose face is yet to be unveiled, was captured crawling on the grass in a bunny onesie that came complete with floppy ears and a puffy tail. Alongside the post, she wrote, "Our little bunny! First Easter!" Nearly at the same time, she shared the same photo on her Story page.

Many of Gigi's famous friends gushed over the cute outfit for her baby. Fashion designer Marc Jacobs wrote, "Happy Easter little Bunny." Gisele Bundchen commented, "Awww what a sweet little bunny. Happy Easter." Tan France of "Queer Eye" chimed in, "OMG I love this so much!" Even Khai's grandpa Mohamed Hadid couldn't get over the adorable costume as he wrote, "Bunny alert." 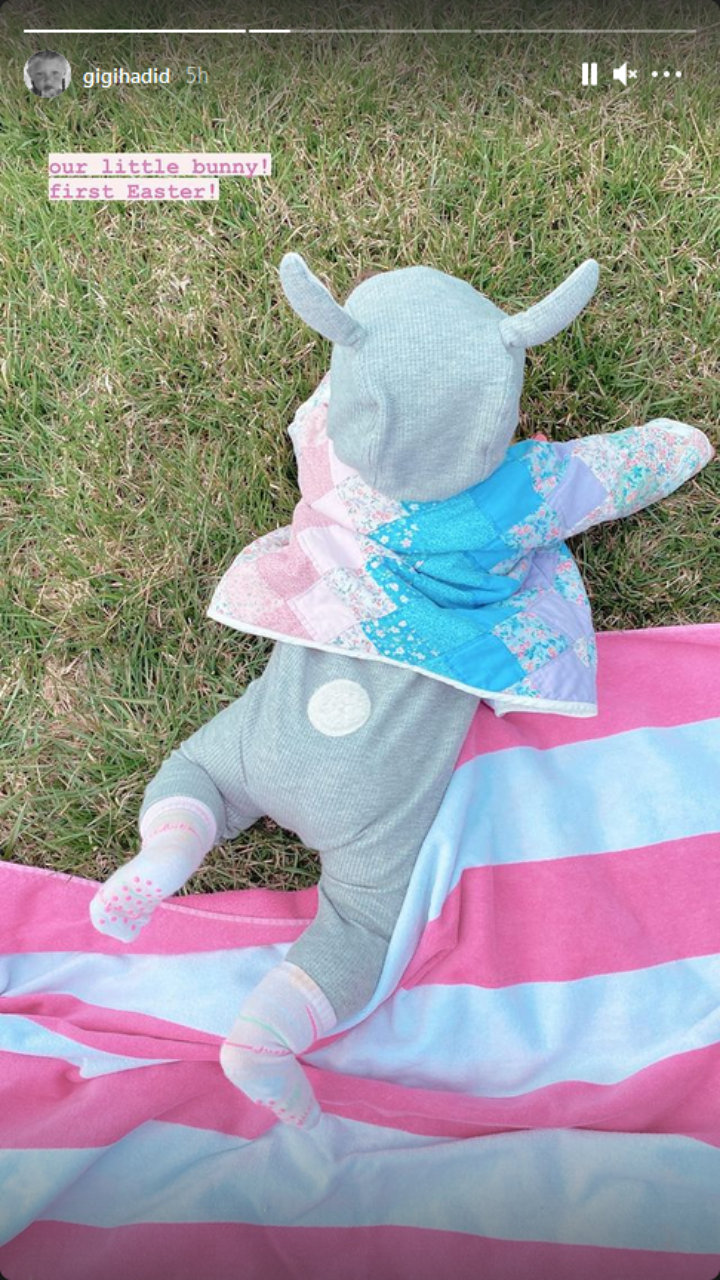 Gigi gave birth to Khai in September 2020 at her mother Yolanda Hadid's farm in Pennsylvania, where she spent most of 2020 with sister Bella Hadid. Having kept her pregnancy private, she finally talked about her motherhood journey in the March issue of Vogue as she revealed she went through a 14-hour labor.

"It didn't even click that she was out. I was so exhausted and I looked up and he's holding her. It was so cute," the model told the magazine. "I knew it was going to be the craziest pain in my life, but you have to surrender to it and be like, 'This is what it is.' I loved that."

Gigi and Zayn themselves have been dating since 2015. They were reported to have broken up briefly in late 2016 and formally broke up in March 2018. The two, however, rekindled their romance a month later. After parting ways yet again in January 2019, the pair announced that their relationship was back on track one year later. Months later, they confirmed her pregnancy.

Paul Wall Confesses His Biological Father Was a 'Serial Child Molester': He Did 'Horrible Things'